A Way Too Early Assessment of Manchester United's Summer Signings

There was huge optimism at the start of Manchester United's Premier League campaign following the 4-0 drubbing of Chelsea. But, this optimism exists no more.

As has become well-documented, the Red Devils have indeed made their worst start to a Premier League campaign for 30 years. Oh, you've heard that already?

We could go on about just how bad United have been, but instead, we've actually decided to go right ahead and Where else to start other than the most expensive defender of all time, Harry Maguire. Signed for a gargantuan £80m from Leicester City, the move resembled a huge step up in club profile for England's lead centre-half - as well as allowing him to play for the team he supported as a child.

And things began brightly, slotting in with consummate ease as Chelsea were dispatched on the opening day. Since then, however, United have only managed to shut out an opponent once in the league - against his former employers.

The truth of the matter is that Maguire can only do so much, and a certain level of competency is required around him in order for the team to stop shipping goals at will. His performances have been assured and brave, acting as a bright spark in an otherwise bleak season so far.

Maguire's desire to get forward and carry the fight from the back is illustrated by the fact that no United player had more touches in the opposition box or attempted more shots versus Newcastle than the defender. Ok, yes, that speaks volumes about how atrocious United's forwards were, but also highlights the ambition of the Englishman. Wan-Bissaka has arguably been one of the few United players who has actually performed well this term. Following his move from Crystal Palace, fans were unsure as to how he would cope with playing on such a big stage at such a tender age.

But, they were assured almost immediately, with the right-back picking up right where he left off last season. Wan-Bissaka is a born defender and loves to tackle. He's proven that on countless occasions, but he has already made a massive contribution to his side.

In the match against Southampton, the Englishman made an astonishing ten tackles, preventing the Saints from getting the upper hand and potentially claiming all three points. Injuries and illness are what stop him from being given an A, but with the full-back due to return after the international break, Solskjaer will hope he has the player at his disposal for the crunch match against Liverpool. 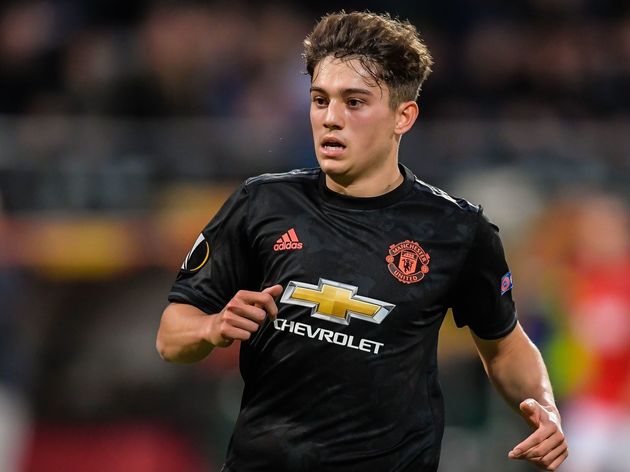 He came on to score on his debut against Chelsea, sparking wild celebrations. Since then, he has scored two more Premier League goals and become an integral member of the first team as the team continues to reel from injury problems galore.

James appears to now be one of the first names on the team-sheet, but the 21-year-old is being too heavily relied upon. The ball is often flung out wide to him in the hope that he can use his pace to get around players. Most of the time, he does exactly that, but he looks up to find nobody in the middle.

Brimming with potential, he looks capable of stepping things up further - and from an individual stand point, he must be delighted with how's he started.