Cristiano Ronaldo: The GOAT Contender Who Knows There Is No Substitute for Hard Work

Cristiano Ronaldo is number 2 in 90min's Top 20 Greatest Footballers of the Decade series. Follow the rest of the series over the course of the next week.

This is someone who can not only lay claim to being the best player of his generation, but the greatest of all time – someone who is absolutely part of that conversation when mentioned alongside Pele, Diego Maradona, Johan Cruyff and Lionel Messi.

Ronaldo’s incredible record speaks for itself. He has five Ballon d’Or awards and five Champions League titles to his name. He has won domestic leagues and cups in three countries, scored almost 700 career goals at club and international level, collected four European Golden Shoes, netted more times in the Champions League than anyone else and has even achieved international success with Portugal at the European Championships. Ronaldo will celebrate his 35th birthday early in 2020. For most, it is an age that signals it is time to wind down as their bodies can no longer cope with the demands of training and performing at the elite level. For Ronaldo, it simply isn’t. There has been speculation about an impending retirement because he has always refused to rule anything out when it comes to his career, but this is a man who has said more than once that he can play until beyond the age of 40.

What’s more, you would be hard pressed not to believe that he will and stay at the top.

The superstar from the island of Madeira looks after himself so incredibly well. That is a major factor behind his longevity and being able to maintain such an incredible level for more than a decade. In 17 years as professional, he has hardly ever been injured either.

“The key is to take care of your body, train, do your recovery and eat properly,” Ronaldo recently revealed during an interview on YouTube channel ChrisMD. Unimaginable hard work is the other side of the Ronaldo story, deciding while still a child that utter dedication was the only way he could make the most of his talent.

“It’s true, I was skinny. I had no muscle. So, I made a decision at 11-years-old, I knew I had a lot of talent, but I decided that I was going to work harder than everybody,” he said.

They are easy words that most young athletes in any sport will tell themselves at some point. But, for well over two decades, Ronaldo has steadfastly kept that promise to himself.

Having left home aged 12 for the Portuguese mainland in order to join Sporting CP’s academy in Lisbon, it was at Manchester United just six years later where Ronaldo first made his name.

Arsenal, Liverpool and Real Madrid were all interested, but United’s special relationship with Sporting at that time helped get the deal done. It was famously in a friendly to open Sporting’s new Estadio Jose Alvalade that confirmed to Sir Alex Ferguson, who had already been tipped off about the teenage talent by assistant Carlos Queiroz, that a deal had to be done – John O’Shea had been the unfortunate victim of Ronaldo’s speed and trickery that night.

In his 2013 autobiography, Ferguson referred to Ronaldo as ‘the most gifted player I managed’. The legendary Scot insisted that his new starlet take the club’s vacant number seven shirt, rather than opt for the number 28 the youngster wanted – it was the jersey he had worn at Sporting. Not only did it confirm to Ronaldo the club’s immense belief in him, but that was also the moment he became ‘CR7’, defining him both on and off the pitch ever since and ever more.

Ronaldo instantly wowed fans at Old Trafford, putting in a scintillating performance on his debut against Bolton, but he wasn’t an overnight success. Still extremely raw, those early years in Manchester were characterised by inconsistency as he attempted to master his craft.

By 2006, the world had the first real glimpses of the Ronaldo it would soon come to adore. A year later, he began working closely with United coach Rene Meulensteen. It was during that time, more than at any other moment in his career, that things clicked into place for him.

“My aim was to bring him from awareness to understanding. To recognise how he could get from where he was to where he wanted to be,” Meulensteen told The Coaches’ Voice in 2019. Meulensteen helped Ronaldo see the importance of a ‘clear goal’ and ‘strategy’, explaining, “He was very receptive to anything that he knew could bring him closer to what he wanted.”

Always determined to be the best, Ronaldo never stopped working. Last summer, former United teammate Patrice Evra told a story to ITV about a time he was invited over for lunch. The Frenchman was surprised that plain chicken, salad and water was all that was on offer, with Ronaldo proceeding to nag his colleague to join in a two-touch drill before he’d even finished eating.

“This guy, he’s a machine, he doesn't want to stop training,” Evra recalled.

Ronaldo’s time in Manchester yielded the first of his Champions League wins and, a few months later, his first Ballon d’Or. But after being persuaded to stay at United for one more year, 2009 brought with it a dream transfer to Real Madrid for a world record fee of £80m.

He was already a world class superstar, but in nine years with Real, Ronaldo went stratospheric. Ronaldo netted 66 goals in his final two seasons with Manchester United, but took his ability as goalscorer in Spain to new levels that have redefined standards across Europe. He plundered 53 goals in all competitions in 2010/11; the following year he upped that to 60 – the first of five consecutive campaigns in which he would average more than a goal per game.

The 2013/14 season brought his first Champions League title with Real, the club’s elusive Decima. Ronaldo himself scored 17 times in Europe alone to set a competition record. Further titles followed in 2016, 2017 and 2018 as the club dominated Europe in a way not seen since the 1950s.

Ronaldo was the very centre of it all – he finished at Real with 450 goals in 438 games, over 100 goals more than previous record scorer and esteemed legend Raul. If anything, people grew so accustomed to his unprecedented brilliance that they eventually took it for granted.

When he traded Spain for Italy and Juventus in 2018, it came as a surprise. What was not a surprise that Real have found it impossible to replace someone they had relied on for close to a decade. Never again will the club possess a player who could make such a difference. It is impossible to talk about Ronaldo’s career and ignore the role Lionel Messi has played.

Ronaldo has been driven to new heights because of Messi and vice versa. Rather than a dislike that has been hinted at over the years, there is a tremendous mutual respect between the pair. Both are well aware that, without the other, neither might have achieved what they have done.

“We share the stage for 15 years, me and him,” Ronaldo recently commented. 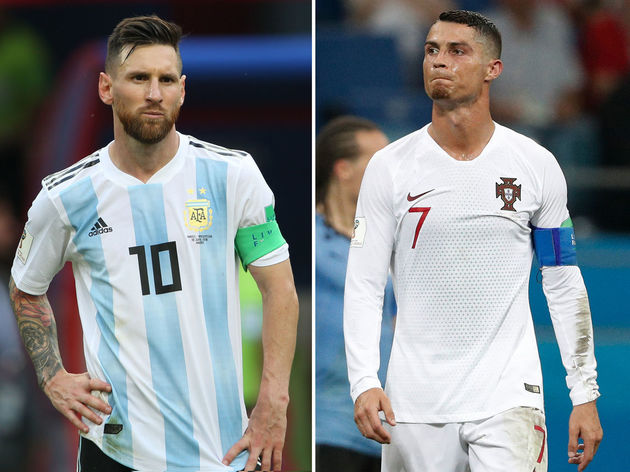 Already a living legend, Ronaldo’s status in the annals of football history will only grow when he finally calls it a day. For those of us that have been fortunate enough to witness it from the beginning, drink it in and enjoy what remains it while it still lasts.

Number 4 - Sergio Ramos: Football's Big Bad Who Has Dominated the Sport Like No Other

Number 3 - Luka Modric: The Only Other Ballon d'Or Winne​r of the Decade