A Way Too Early Assessment of Manchester City's Summer Signings

​We all know money can't buy you happiness, but can it buy you success in football?

It's impossible to give a straight answer to that question. Many clubs spend lavishly in a bid to secure glory, though not all of them achieve their goal. Others spend their cash wisely and yield results on the field, with Manchester City amongst the sides to have profited from some smart investment. Of course, the ​Sky Blues have hardly been restrained in their transfer activity over recent years. That doesn't mean that they've been handing out cheques for the sake of it, yet it likewise doesn't mean every single purchase has proved worthwhile.

Here's a look at how the latest batch of City signings have fared in the early stages of 2019/20. Fernandinho has been a fantastic servant for the ​Premier League champions, invariably giving his all and functioning as a superb link between defence and attack.

However, the beloved Brazilian is no spring chicken these days - a replacement was required. After assessing his options across Europe and beyond, Pep Guardiola settled on paying ​Atletico Madrid

In his 11 appearances to date, the Spaniard has shown himself to be the right candidate to take over the reins from his senior, whilst also offering a far greater array of passing.

The physicality of the English top flight has failed to derail Rodri, whose consistent displays have been a bright light in a frustrating beginning to the campaign.

His defensive qualities have rarely been lacking, though the 23-year-old does have a bit of learning left to do before he can reach the devastating, destructive levels of Fernandinho. 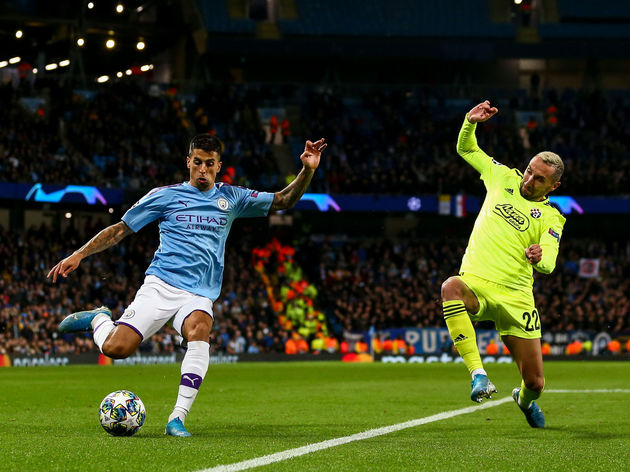 City's decision to trade £27m plus Danilo for ​Juventus right-back Joao Cancelo is not looking like the most intelligent of investments.

Nevertheless, there is no reason for alarm bells to be ringing. Bernardo Silva was rather underwhelming in his debut season, as was tricky winger Riyad Mahrez. Both men have come good following awkward starts to life in Manchester, meaning there is still some hope for the defender. Angelino has been seen in only two Citizens games this year, coming on midway through the 8-0 annihilation of ​Watford, before getting an hour during a comfortable League Cup victory at Preston.

In his limited minutes on the pitch, the full-back has shown glimpses of the wonderful talents that saw City bring him back to Eastlands for £5m, just a year after they allowed him to join PSV Eindhoven.

A wand of a left boot and searing pace make Angelino well-suited to the Guardiola style-of-play. But will he get enough opportunities to flourish under the Catalan's regime? Only time will tell. The Sky Blues fought off competition from ​Real Madrid to land Girona's versatile youngster Pedro Porro in an £11m deal last summer, with the 20-year-old instantly shipped out on loan to Real Valladolid.

That temporary move has been beneficial for Porro, who has played in five of Los Pucenalos' eight ​La Liga fixtures this campaign, helping the club rack up ten points in a reasonable start to the season.

As is expected of a Guardiola defender, he has been a calm presence on the ball, with his delivery from out wide and dribbling skills catching the eye. Concentration and positional awareness, on the other hand, are areas that need improvement.

Only one other goalkeeper - SPAL's Etrit Berisha - has made more saves in Europe's top five leagues than Fortuna Dusseldorf loanee Zack Steffen this year.

The American has been stupendous since completing his £10m transfer to City, yet none of his fine performances have come wearing sky blue.

Still, Steffen looks to be a first-rate shot-stopper and - assuming he won't displace Ederson - Guardiola will make a sizeable profit from the sale of the former Columbus Crew man.