Dortmund were looking for a new permanent coach to replace interim boss Peter Stoger and, while they ultimately turned to former Nice manager Lucien Favre, settling on the Frenchman in late May, it seems that Watzke made sure to check in with Klopp first.

Klopp had, of course, won back-to-back Bundesliga titles with Dortmund in 2010/11 and 2011/12, as well as guiding the club to the 2013 Champions League final, before eventually leaving Westfalenstadion at the end of the 2014/15 campaign for a fresh start.

For the Dortmund chief, it was a case of having to at least ask the question on the off-chance Klopp might accept, even though he knew all along the answer was going to be no.

“I knew that Jurgen would [decline], that he will fulfil his contract in Liverpool,” Watzke revealed in a new book, titled ‘REAL LOVE. A life with BVB’ – via Sky Sports.

“Jurgen has always fulfilled his contracts, but if you want to go new ways and we had to break new ground at BVB, then at least I had to ask Jurgen if he could possibly imagine that. Given the timing (22th May) of Favre’s appointment, Watzke must have approached Klopp while the 2017/18 season was still ongoing – Liverpool did not face Real Madrid in the Champions League final in Kyiv until several days after Favre was announced in Dortmund.

Watzke’s confession bodes well for Liverpool in one way. He made it clear that Klopp never breaks a contract early, suggesting the 52-year-old is more than likely to see out his current deal at Anfield, which expires in 2022, rather than be tempted away by a different challenge.

Indeed, Klopp himself said as recently as July: “I will not leave before the contract is ending. That is my side. That is why a contract is important.” 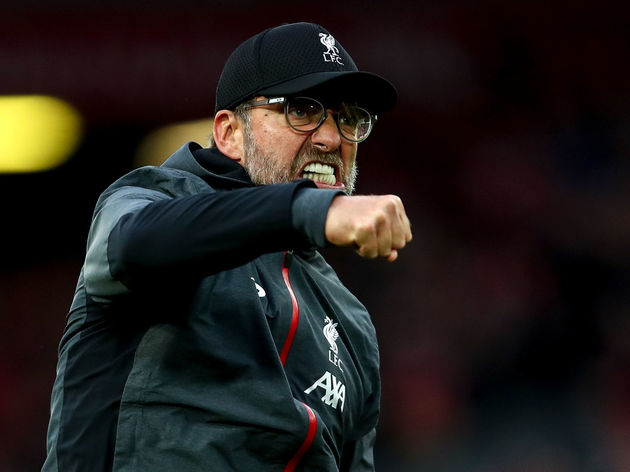 Since turning down Watzke and Dortmund, Klopp has seen Liverpool go from strength to strength. The Reds improved from fourth to second in the Premier League, running Manchester City all the way to the finishing line and amassing the highest ever points tally for a runner-up.

The club also returned to the Champions League final in 2019, this time lifting the trophy, while they have now made a flying start to the new campaign and are currently on a run of 17 consecutive Premier League wins stretching back to March of last season.