​If you're reading this, congratulations on not pressing the panic button inside the opening eight weeks and wasting your precious wildcard!

Also, commiserations on being bottom of your league. Realistically, if you're at the top of the table, you wouldn't be here, do ya?

We can't all be top, and that's the harsh reality of life, and more importantly, fantasy football. unfortunately

The good news is lads and lasses, there are still 30 weeks to go of this torturous game, and there's still time for you to mastermind one of the greatest plans since Coleen Rooney did a number on Rebekah Vardy.

Without any further ado, let's get down to business with 90min's list of best wildcard options to ponder over the international break.

If you haven't got Tammy Abraham in your side already, what have you been doing for eight weeks?! The kid is on fire, and after a slow start, Tammy is gunning down every team that dares stand in his path.

Tammy 'Baberaham' is a must, and with eight goals in eight games this season, it's hard to find a better alternative at his current price of £7.7m.

With the likes of Teemu Pukki finally remembering that this isn't the Finnish second division, the early-season surprise-packages are starting to wane.

Abraham is only just getting started though.

Whilst we're on the subject of ​Chelsea, one other young blue to crowbar into your side is Mason Mount. The 20-year-old has made an equally impressive start to life in the top flight, bagging four goals in the opening two months and the ex-Derby loanee keeps going from strength to strength under Frank Lampard.

This is what we play for! Inspire the next generation, love this  https://t.co/fwWnjZPSd7

It's become pretty clear during the opening eight matches, that this Chelsea side is going to score a hatful of goals this year, and whilst they may be shaky at the back, they have enough firepower up top to outscore most teams.

With £6.8m Mount at the heart of everything good at Stamford Bridge, it's time to ditch the Chelsea defenders, and put your faith in the kids. Abraham and Mount in!

A Fox in Each Box

Sitting fourth in the league, ​Leicester have proved that their early-season form in not just a flash in the pan. The Foxes have quietly assembled one of the strongest teams in the league, and Brendan's men are giving their opposition a jolly Rodgering.

Leicester are a team built on defensive solidity, littered with star talent in the midfield and a deadly front line that only Coleen herself would be prepared to take on. If you're looking for consistent point-scorers, you should be banking on at least two Leicester players in your team, and maybe even gambling on a third. Ricardo Pereira loves a goal or an assist, so as a defensive option, you should look no further.

James Maddison is one of the most creative midfielders in the Premier League, both on the pitch and off it with his rascal fashion statements, and at £7.1m, he'll be an assist-master for your new-look team.

​Jamie Vardy is in sensational form, and despite Rebekah's best efforts, nothing will stop this man from bagging the goals and earning the bonus points.

​Aston Villa made a shaky start to their Premier League return, but their most recent destruction of ​Norwich has given FPL managers plenty to think about over the next two weeks.

The main question we're all pondering is: how is John McGinn only £5.8m?!

The Scottish wizard looks destined for bigger and better things than Villa Park (sorry Villa fans), ​but they should enjoy him while they can - and so should we.

McGinn has popped up with the odd goal already this season and the 24-year-old loves a darting run into the box as much as Coleen Rooney loves an ellipsis (that's the last one now).

With Villa finally finding their feet back in the top flight, McGinn may be a valuable weapon in the centre of your midfield.

Alright, ​Tottenham Hotspur are in a bit of a crisis at the moment, and putting any of their players in your team seems a little bit daft, right? Well, Son Heung-min could be a sneaky risk that your opposition won't take, and he could be the man to propel you up the league and back into title contention. 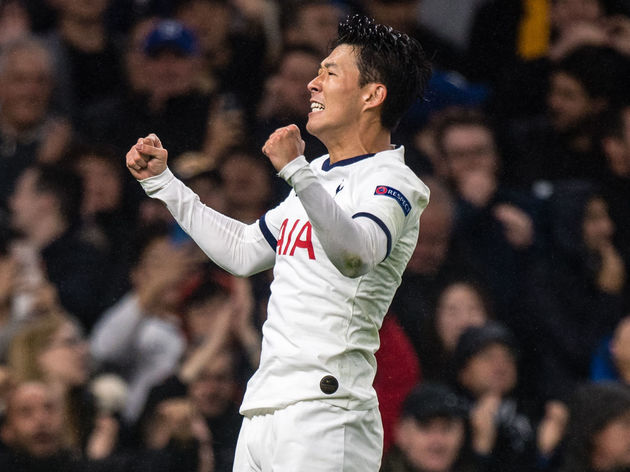 Spurs have got two weeks to get their act together, and whilst many think this team is a busted flush, the North London lads still have the ammunition to take apart any team on their day. And when Tottenham play well, Son tends to be the catalyst.

Mauricio Pochettino's men have got some very winnable games in the pipeline, and if his players can keep their hands off each others wives, then a spurring comeback might be on the cards.

Guaita Minute, Who's Your Keeper?

Choosing your shot-stopper has proved to be tricky business this season, as the usual suspects all seem to be leaking goals faster than Rebekah Vardy can leak a flooded basement story (couldn't help myself).

With Hugo Lloris and Alisson injured, and Chelsea, ​Arsenal and ​Manchester United all shipping goals, Ederson is your best bet of the top-of-the-range goalkeepers. ​

Manchester City are not the sure-fire clean-sheet machine of yesteryear however, and with a makeshift defence in front of the Brazilian, splashing £6.1m on the big man might be a waste of your vital millions. 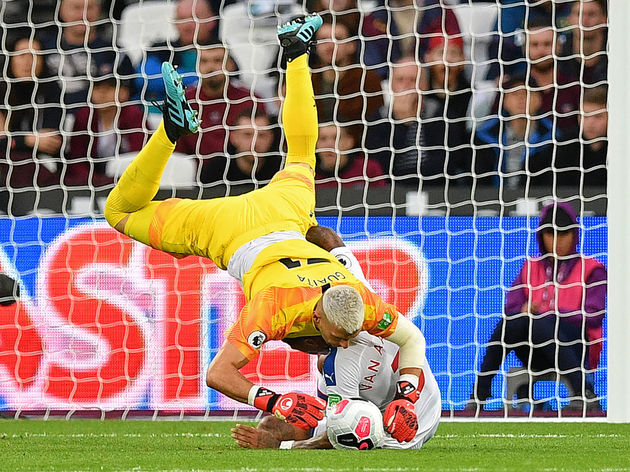 What about this cheeky lad though? Vicente Guaita has conceded only eight goals in eight matches, and has kept a few clean sheets along the way.

The Spaniard has also picked up some bonus points this year, and at only £5m, his cheaper value could be the difference between bagging yourself a quality striker, or a Dominic Calvert-Lewin.

Think about it, and thank me later.