​Manchester United defender Harry Maguire has called on fans to judge him in five or six years, rather than labelling him as a flop because of the club's dismal start to the season.

Maguire has endured a challenging start to the campaign. United have fallen down to 12th in the Premier League, despite making Maguire the most expensive defender in history to try and solve their defensive struggles. 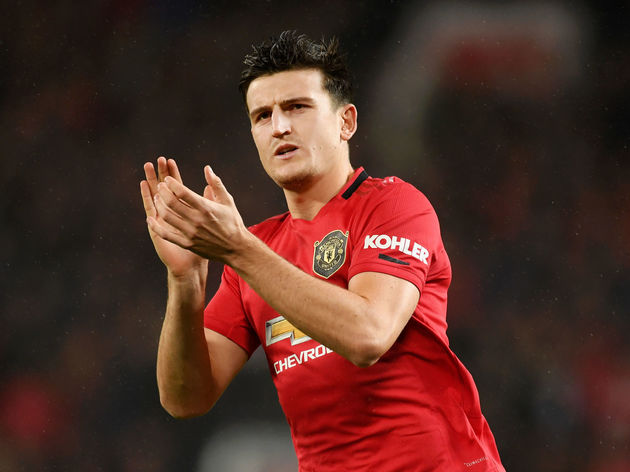 Speaking to ​Inside United, ​Maguire reiterated his determination to succeed at Old Trafford, calling of fans to be patient with the process at the club.

“And I do believe and am really confident that, in five or six years’ time, I’ll be a success and I am sure we’ll have many, many good times here.”

Not good enough, gutted. We must stick together #MUFC ❤️ pic.twitter.com/PPm8eYfT6F

There have even been claims that Maguire has struggled with the pressure of his price tag. ​United spent a huge £80m to lure him away from ​Leicester City during the summer, but Maguire has insisted that he has never been concerned about the pressure that comes with making such a move.

“No, it doesn't bother me at all. It's something that I can't affect. Leicester wanted to keep me and they are in a great position as a club," Maguire added.

“Manchester United wanted to buy me and they came to an agreement. It's probably a good deal for both parties and it's something now where I want to concentrate on my football. “We need to keep improving as a team, not just me as an individual. I feel, if we improve as a team, I'll be a success too.”

United have fallen five points behind the top four, so they will be desperate to get back to winning ways after the international break when they face fierce rivals ​Liverpool at Old Trafford on 20 October.