What the Hell Did Man Utd See in Fred & Why Hasn't it Worked Out?

​Is there any stronger proof of Manchester United's current struggles than the fact that Fred is still a regular part of their team?

Brought in as one of the hottest midfield talents in 2018, nobody could have seen what was going to happen to the Brazilian, who has looked well out of his depth time and time again since moving to Old Trafford.

It felt like things reached a new low in Sunday's 1-0 loss to Newcastle United, in which Fred was guilty of playing as though he didn't even know you're supposed to attack in football.

So, how did we get here? There were fans who criticised the signing of ​Fred for £52m (or 208m Freddos) in the summer of 2018 but, truthfully, it didn't look like a bad deal in the market.

With Shakhtar Donetsk, Fred proved to be an all-round star who was capable of everything, and ​United weren't the only interested side.

In fact, it was cross-town rivals ​Manchester City who were thought to be closest to signing him, only for United to steal him away. We know that City don't often get their transfers wrong. Clearly, Fred had something about him.

There's a sense of irony about this all because. during his time with Shakhtar, Fred was exactly the kind of player who United are crying out for now. A dynamic playmaker, Fred was comfortable with the ball at his feet and used to love using his agility to beat defenders. He was composed in possession and could pick out almost any pass to keep his side moving forward.

In all senses of the term, Fred was the driving force being Shakhtar's play. He would pick the ball up and run. He would make things happen in the kind of manner which United need more of these days.

The Brazilian was even compared to United hero Michael Carrick for his ability to drop deep for the ball, before turning to get his side moving forward. Shakhtar's goals almost always had something to do with Fred's work in midfield. Yet, at Old Trafford, Fred has been no more than a bumbling spectator. It's tough to think of any games in which he has impressed fans, but why? Fred should have been a hit. What happened? Those who saw Fred in action for both Shakhtar and Brazil will know that he has the talent deep down, so it simply screams of a confidence issue. Is he struggling with the weight of being a £52m United player, or simply with adapting to a new country, language and culture?

Let's not pretend we haven't seen it happen before. Plenty of players fold under the pressure of the Old Trafford spotlights, but most of them don't cost £52m.

With poor performances comes added pressure. Things just keep getting worse and worse for Fred, who seemingly does not have the strength to pull himself out of the hole in which he has found himself. 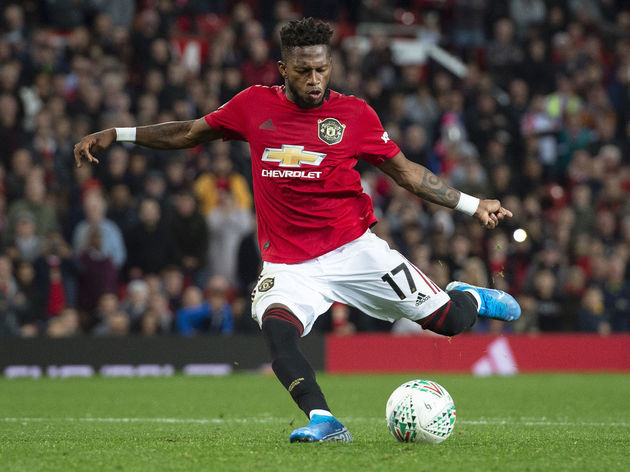 That hole is too deep now, and the rope looks to have been pulled away. Is there a way back from this? Of course, there always is. However, is Fred actually going to save himself? By the looks of things, not a chance.