Lionel Messi has confessed that he actually wanted to leave Barcelona and Spain in general back in 2013 after the Spanish Treasury began investigating him for tax fraud.

Throughout the investigation, Messi pleaded ignorance to being involved in a scheme to evade tax. However, both he and his father were found guilty of the crime in 2016, and were hit with huge fines and a suspended prison sentence. 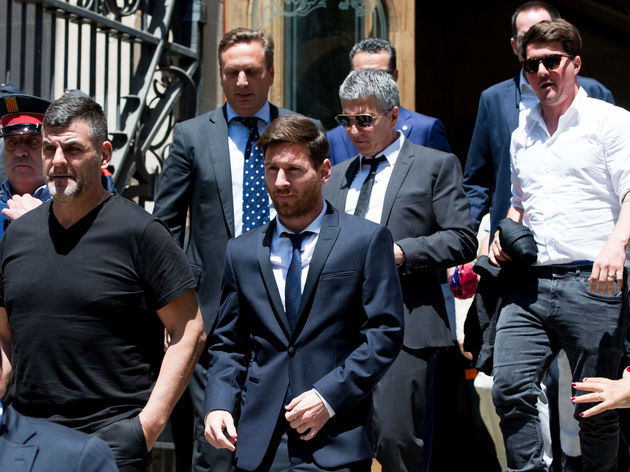 Speaking to ​RAC1, ​Messi claimed that the situation made him feel as though he wanted to leave both ​Barcelona and Spain, as he felt he was being treated unfairly throughout the affair.

He said: "There are times when one ends up tired, exhausted by a myriad of circumstances. I have had several times, especially in 2013, in 2014, when I began to have the problem with the Treasury and everything that came out.

"It was difficult for me and my family, because people, many, did not really know what was happening, but they heard and talked. The media also made it worse.

Does anyone else think it's a shame that Messi didn't offer any sense of regret for his actions while talking about 'being made an example of' by the tax authorities? Just a sense of understanding that he avoided millions during a deep economic crisis would have been nice.

“Yes. That time they made me pay my taxes.”

​​"Today my idea and that of my family is to end here. First because of how I am in the club, how I feel in the club. Secondly, for my family, for how good we are in this city, for my children, for my friendships and I don't want to ruin that because I was only thinking about myself," he said.

"It's something I always dreamed of, playing in Newell's, but sometimes you have to think about your family. That is the most important thing."