Torreira, who quickly became a fan favourite for his tenacious style in a promising debut campaign, has played 90 minutes in each of Arsenal’s Europa League and Carabao Cup fixtures in 2019/20, a sure sign that he has become a fringe player. Manager Unai Emery has preferred to use Granit Xhaka and Matteo Guendouzi as a central midfield pair, with Torreira only getting the nod for games against Tottenham and Manchester United that have warranted a third player in that area of the pitch.

It is a far cry from last season, when the Uruguayan started virtually every Premier League game that he was available for from late September onward.

But Torreira, a £26m signing from Sampdoria last summer, isn’t about to give up – refusing to call his diminished role ‘frustrating’, in quotes published by ​The Metro. 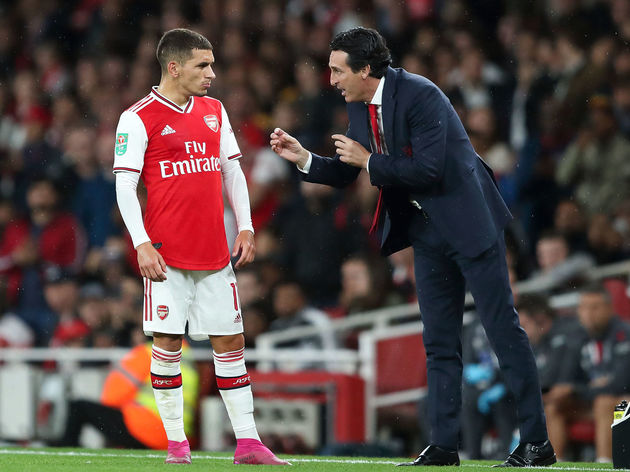 “All players want to play – they obviously want to be in the starting XI – that’s completely normal. But that’s not something that depends on me,” Torreira said. “Right now, it’s about not giving up.

“You have to continue working hard and, whether I’m playing in the starting XI or from the bench, I want to give my all for the team. That’s the kind of player I am.”

Torreira is currently with the Uruguay squad for the October international break ahead of back-to-back friendlies with Peru in Montevideo and Lima over the coming few days. The second of the two will be played on Monday 14 October, which is a full week before Arsenal are next in action, facing a Premier League trip to Sheffield United. That gap will ensure Torreira has enough time to return from South America and still be fresh should he be called upon.