​Lionel Messi has admitted he feared Neymar would join Real Madrid this summer after Barcelona failed in their own bid to sign the Brazilian forward.

The two La Liga giants were both incredibly keen on recruiting the 27-year-old during the summer after he expressed his desire to leave Paris Saint-Germain, but their sky-high asking price ensured no deal could be reached before the closure of the window. 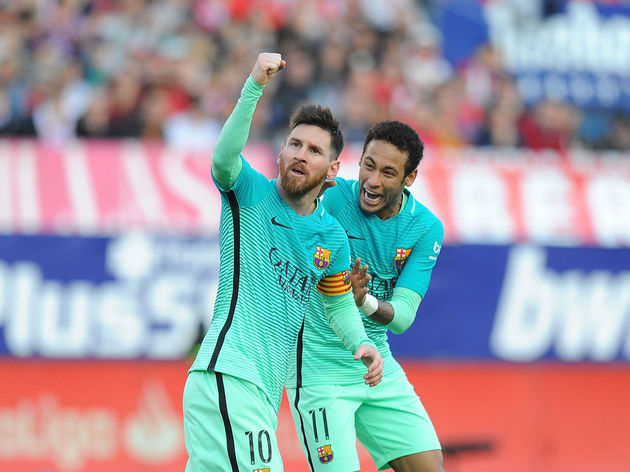 Speaking to ​RAC1, ​Messi confessed that he thought ​Neymar's determination to leave PSG could have led him to ​Real, who are infamously capable of striking a huge deal. "I think that Neymar is sorry to have left. I think that soon after he saw he was wrong and that he had made a bad decision. Of course, you should ask him. Knowing it and knowing what is happening, I think that, yes," Messi added.

After months of speculation during the summer, Neymar ultimately remained in Paris, where he was greeted with a chorus of boos from supporters during the early games of the season. However, he has done all he can to win the fans over once more. In his five outings this season, PSG's no.10 has netted four goals, including three match-winning strikes against Strasbourg, Lyon and Bordeaux.

It is expected that both Barcelona and Real could look to reignite their interest in Neymar in the next transfer windows, although whether they will actually be able to convince PSG to sell is a different question entirely.