​West Ham are ready to let go of striker Jordan Hugill in January despite him starting the Championship season in fine fettle.

After failing to cement a place in West Ham's starting XI, Hugill was loaned out for the second consecutive season, this time to QPR, where the 27-year-old has netted on six occasions already and helped the Hoops up to ninth in the table. 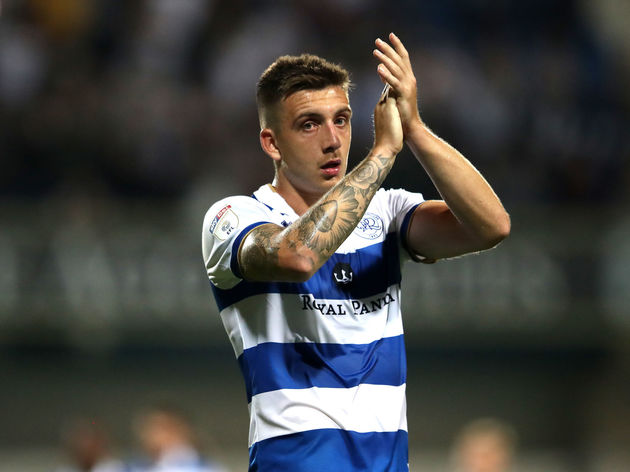 Despite West Ham relying on Albian Ajeti to back up record-signing Sebastien Haller upfront, according to ​Football Insider, the Hammers will listen to offers for Hugill in January as he doesn't feature in Manuel Pellegrini's plans moving forward.

If the London club are unable to reach an agreement in the winter for Hugill, it's likely that he'll be sold at the end of the season.

The former Preston man will undoubtedly draw interest from a number of Championship clubs after his displays at QPR this season. Since joining from Preston for £10m in January 2018, Hugill has made just three senior appearances for the Hammers, coming on as a substitute against Brighton, Watford and Southampton for a total of 22 Premier League minutes.

He was then loaned out to Middlesborough for the 2018/19 season, netting seven times from 41 games in all competitions. However, his performances at Boro weren't enough to convince Pellegrini that he was capable of backing up Haller, as they loaned him out once more and now they look ready to get rid of Hugill for good.