Giampaolo joined the club in July this year, but has endured a dreadful start to the Serie A season, losing four of his first seven games and putting the Rossoneri in 13th place. 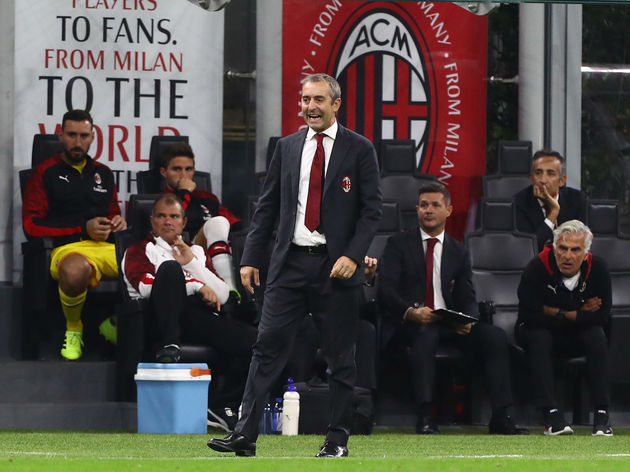 And, as per a report from the Daily Mail, it is understood that following a number of conversations between former president Silvio Berlusconi and chief football officer Zvonimir Boban and technical director Paolo Maldini, the club have decided to part ways with Giampaolo.

The first of these crunch talks are said to have occurred in the aftermath of the Derby della Madonnina loss, with both Berlusconi and Boban pushing for Giampaolo's departure and Maldini holding firm, though losses to Torino and Fiorentina have since made his position untenable.

This comes despite Milan's comeback victory against Genoa this Saturday. However, losing at half-time, some reports claimed that the manager was close to being disposed of during the break, and the result was not glossy enough to take away from the shortcomings in performance.

In any case, while former Inter boss Luciano Spalletti had been earmarked as Milan's number one target, it is understood that the 60-year-old is holding out for at least €5m in compensation, on account of his still being under contract with the Nerazzurri following his summer sacking.

With this in mind, the club have concentrated their efforts on Stefano Pioli, who has also managed Inter before, but was last seen in Florence with La Viola. Pioli has had offers from both Genoa and Sampdoria, with the latter deemed a likely switch, though it now seems that he has reconsidered this, and has placed Milan at the top of his wishlist.

Indeed, he is now ready to sign a two-year deal worth €2m-a-year with the Milanese side, with the announcement of which is potentially imminent.