​Crystal Palace could pursue another deal for Chelsea forward Michy Batshuayi in January, after the Belgian has struggled for game time at Stamford Bridge this season.

Batshuayi enjoyed an impressive loan spell with the Eagles during the second half of last season, firing six goals in 13 appearances to endear himself to Palace fans who have often been forced to watch their strikers struggle in front of goal. 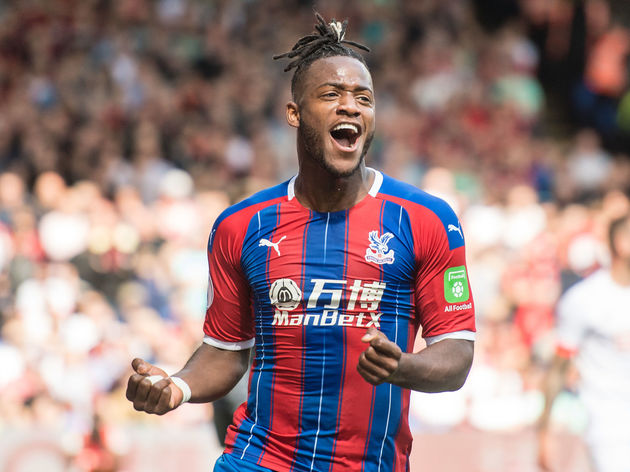 He returned to ​Chelsea during the summer but has struggled for minutes under Frank Lampard. As a result, the ​Daily Mail claim that ​Palace are prepared to pursue a fresh deal for ​Batshuayi to offer him the chance to play regularly.

He has made six appearances in all competitions this season, but only one of those came as a starter - in the 7-1 victory over Grimsby Town in the Carabao Cup.

The longest of his five ​Premier League outings lasted just 13 minutes but, despite his limited opportunities, Batshuayi managed to grab his first goal of the season in Sunday's 4-1 victory over ​Southampton.

Lampard has instead preferred young striker Tammy Abraham, who has repaid the boss' faith by firing nine goals in 11 appearances this season.

As a result, Palace believe Chelsea may be willing to part ways with Batshuayi on a permanent basis, so they are prepared to try their luck during the January transfer window.

By the time the winter window comes around, Batshuayi will have just 18 months left to run on his contract, meaning Chelsea will soon have to make a decision on his future. If they allow him to enter the final year of his contract, they risk allowing the £33m signing to walk away for free in the summer of 2021, so the chance to recover some of those funds may be too good to turn down for the Blues.

Palace's Jordan Ayew has helped fire the Eagles up to sixth in the Premier League, but there is a fear that they lack quality depth in attack to help cope with the rigours of the full season. ​Christian Benteke