​Manchester United manager Ole Gunnar Solskjaer is reported to fear that defeat against Liverpool could cost him his job.

Since taking the manager job on a permanent basis, Solskjaer has struggled to pick up wins with United, who fell to 12th in the Premier League after Sunday's 1-0 defeat to Newcastle United. Because of their poor form, many fans have called for the boss to be sacked. 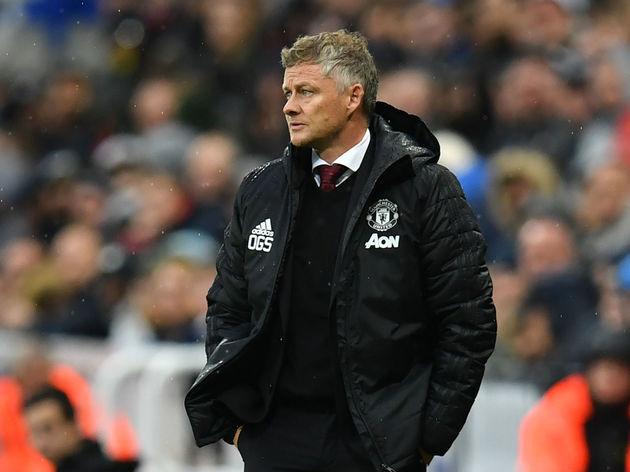 According to the ​Daily Mail, Solskjaer is fearful that an emphatic loss to ​Liverpool after the international break could cost him his job, with executive vice-chairman Ed Woodward facing intense pressure to part ways with the Norwegian.

​United are adamant that they remain supportive of Solskjaer, but there is a feeling that they will only put up with so much before they are forced to act.

That does not bode well for Solskjaer, given Liverpool are currently on a run of 17 consecutive wins in the ​Premier League. Defeat against the Reds would not be catastrophic, but being comprehensively dismantled certainly would cause problems behind the scenes.

It's not just the fans who have lost faith in Solskjaer. According to ​The Sun, several senior players are also seriously concerned about whether he is the right man for the job.

He has been very critical of their performances behind the scenes, but Solskjaer is now said to see that a number of key players have simply stopped listening to him because they struggle to understand what he really wants from them.

Solskjaer demands that his players run a lot to keep up tempo of games, but some players think that that is it. There does not appear to be any other ideas or direction, which is cause for concern for many. After the defeat to ​Newcastle, the boss warned his squad that they may live to regret their poor performances, as the next manager who replaces him could choose to sell the underperforming players.

However, the squad fear all he is doing is criticising them without actually trying to come up with a way to stop this poor run of form.

Liverpool will come into the game as heavy favourites, but Solskjaer remains desperate to see his squad put up a real fight and save his job for the time being.