​If current reports are anything to go by, Marco Giampaolo's days at Milan appear to be numbered.

It seems that yet again, the manager is going to pay the price for Milan's substandard performances. When are we going to get to the point where the Milan hierarchy that the problem lies with them and not the man on the touchline?

There's no logic or sensible thinking in all this. Everybody in the world knows Spalletti isn't the long term manager to revolutionise our club... So what's the point in hiring him?

I'm not saying Giampaolo is that man, but he needs more than 7 games. Ridiculous.

The names being linked to replace Giampaolo are hardly inspiring.

Sure, he did a commendable job at Lazio and Fiorentina, but this guy goes through the same cycle with almost every club he's managed. He starts really well and then, for some reason, the form dips and he's given the boot.

Luciano Spalletti? Another guy with a decent track record and yeah, he'll turn ​Milan around. In the short term. However there's a reason ​Inter replaced him with Antonio Conte despite being the best manager they had in nearly a decade.

There's also reports that they may bring back Gennaro Gattuso. He left at the end of last season, just when it looked like he was getting the best out of his Milan squad. He came agonisingly close to getting I Rossoneri into the Champions League places and he appeared to be the ideal long-term solution for Milan. This poses yet another question. If the rumours about Gattuso have substance, this would indicate that he would have no problem working with the Milan hierarchy and within the budgets they've set. So why was he let go in the first place? Why didn't the bosses at Milan fight tooth and nail to keep him when he was clearly leading the club in the right direction?

As for Giampaolo, it's far too soon to sack him. You can't judge a manager's reign on a mere seven games, as it takes time to instil a philosophy.

Giampaolo's track record was there for them to see. Solid performances at Siena, Ascoli and Empoli before getting Sampdoria to consistently over-perform for three seasons.

Granted it's hardly Milanisti material, but the Milan hierarchy chose their man and they need to stick with him. If they sack him after this short a tenure, it's them who looks bad, not Giampaolo - even if their intention would be to be to make him their scapegoat.

I don't know what the alternatives are, but this team has no soul, no character, no ideas, no nothing. Giampaolo has somehow made every single thing about this team worse. pic.twitter.com/8iGgyx8Uq5

The consensus among Milan fans appears to be in favour of ditching Giampaolo. Who can blame them?

It's been an awful couple of months. But there is a small group of Milan fans looking towards the directors' box, recognising that history is repeating itself.

So what are the real problems at Milan?

Milan have gained a reputation, over the last few years, for taking big risks in signing players and it not paying off. The odd player has shined. Franck Kessie has been consistent, while new signing Rafael Leao looks promising. Then you have players like Mateo Musacchio, Leonardo Bonucci, Andre Silva, Hakan Calhanoglu, Nikola Kalinic, Lucas Biglia, Mattia Caldara, Diego Laxalt and Samu Castillejo, who have either underwhelmed or completely flopped. The jury is still out on Krzysztof Piatek and their most recent summer signings, but it's not looking great so far.

Then there's Pepe Reina. Sure, he's getting old, but why pay first-team wages to a player who won't see more than five games a season?

The worst part of it is, instead of recognising their mistakes, appointing a competent director of football and making signings that show a sense of strategy, Milan continue to make poor decision after poor decision.

The signings seem so random. Did they really need to sign Ante Rebic this summer, for example? 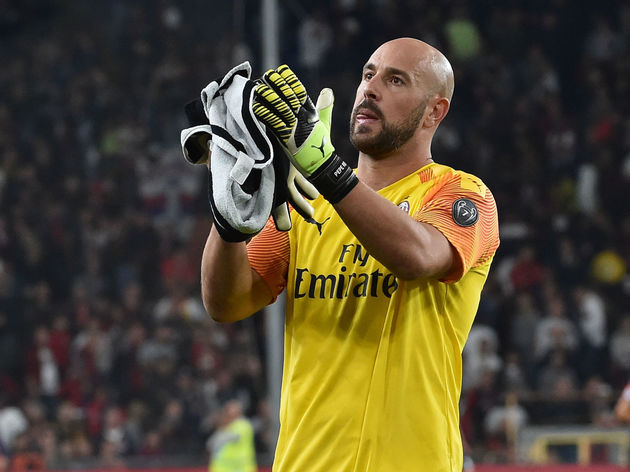 Then there's their choice of managers. Appointing Gennaro Gattuso, at first, seemed like a poor decision. His managerial track record wasn't great, having largely unsuccessful spells at Sion, Palermo, Crete and Pisa. They were lucky he worked out and it was a shame when he left.

Giampaolo, a talented manager, sure, but was he really the right choice for Milan? There's a feeling that they only appointed him because they couldn't find anyone else willing to become yet another scapegoat for Milan's failures on the pitch. Now he looks set to join the lengthy list of managers who had tried and failed to revive I Rossoneri's fortunes.

So what needs to change at Milan? Get owners in who actually care for and respect the history of the club, who will appoint a talented director of football who has an actual strategy and long-term vision for the club. Then appoint a manager with a proven track record who buys into this project. Then throw the whole squad in the bin and replace them with players who will actually play for the shirt.