What has been made abundantly clear is that, after years of neglect for Chelsea's young prospects, if someone proves they deserve to play for the Blues whilst out on loan, they will get their opportunity.

This year, there are 27 budding hopefuls who have left Stamford Bridge to try further their career, but none have taken the chance quite like 19-year-old Conor Gallagher.

Conor Gallagher has been named as the @EFL Young Player of The Month for August https://t.co/PuW5Qd71T6 #cafc pic.twitter.com/8hpGnEGBGw

The teenager opted to join Lee Bowyer's ​Charlton Athletic during the summer, but nobody knew what to expect. He was ​Chelsea's Academy Player of the Season last year, but this was his first taste of senior football. It could have gone either way.

It did not take Bowyer long to see what Gallagher can do. The central midfielder has started Charlton's last ten league games, and Gallagher has popped up with four goals and two assists during that time.

He has taken to senior football like a duck to water, but just how well he has done is what has surprised people. A powerful midfielder, Gallagher knows how to make an impact at both ends of the field. Determined and indefatigable in defence, the 19-year-old does not shirk a physical battle and will fancy himself up against even the strongest of opponents. His ceaseless running makes him a constant menace, and comparisons to ​N'Golo Kante are clear (albeit premature).

However, his performances in attack have dominated headlines. With an almost unbelievable sense of positioning, Gallagher can seemingly sense where the ball is going to be ten seconds before it actually arrives, so he often finds himself in incredibly dangerous positions.

Picking up the ball in midfield, he can use his strong passing skills to keep his side moving forward, before embarking on a brave run which sees him arrive in the penalty box with the kind of awareness which was seen from Lampard during his playing days. 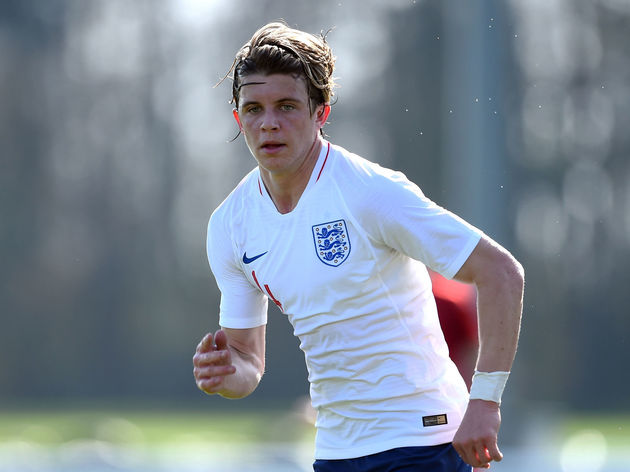 This all-round game has quickly endeared Gallagher to the Charlton fan base, but you can guarantee that Lampard himself will have been following his progress.

Highly rated at the club even before this season, Gallagher has certainly staked his claim for a spot in the squad next season. However, just how he will find a place amongst Chelsea's highly populated midfield ranks remains to be seen.