​Brendan Rodgers cited Andy Robertson's post-match celebrations as the cause of a melee which broke out between Liverpool players and an incensed Leicester City's Ayoze Perez, following the Reds' home victory over the Foxes on Saturday afternoon.

Liverpool snatched the victory in the 95th minute thanks to a James Milner penalty in a fiesty affair.

Following the final whistle, TV cameras caught substitute Perez having to be restrained by his Leicester teammates as he sought to remonstrate with Reds left back Robertson. 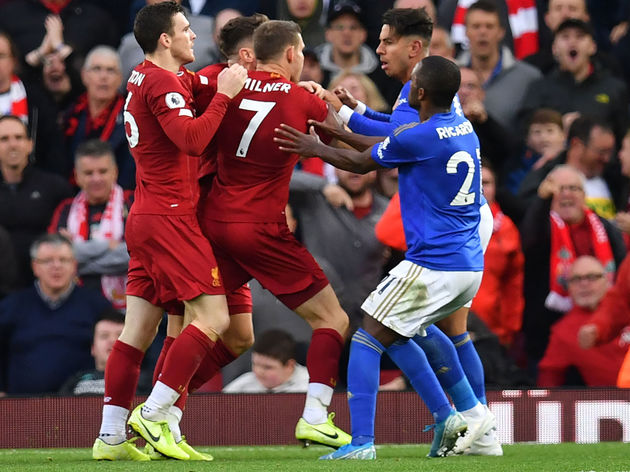 The incident escalated as more players got involved, but no action was taken by the referee, despite the pushing and shoving, while Foxes boss Rodgers was quick to play down the scenes during his post-match press conference.

As reported by the ​Leicester Mercury, the former Liverpool boss also claimed that Robertson was the source of the fracas.

“According to the guys, Andy Robertson, on the final whistle, celebrated and pushed him, which he probably didn’t expect," Rodgers said. “He was annoyed at that. It led to a melee but it was nothing.” 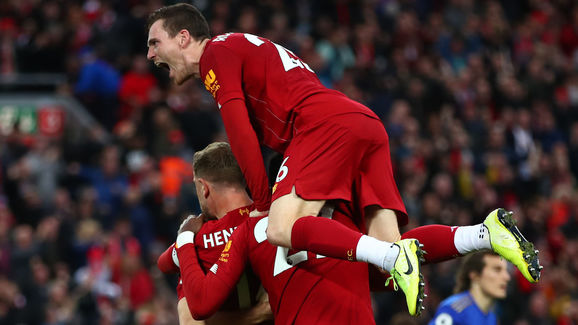 But the league leaders were awarded a penalty deep into stoppage-time for a foul on Mané, and Milner tucked away the spot-kick to edge the ​Reds one step closer to breaking the current Premier League record.

​Manchester City are the current leaders of the most consecutive victories statistic, when they completed 18 wins on the bounce in 2017, and Liverpool can equal that record when they face ​Manchester United after the international break. Rodgers was disappointed with the eventual defeat, but the ex-Celtic boss was far from downbeat over his side's performance.

“To concede a 95th minute penalty is difficult to take, because I thought we deserved something from the game,” he said. “You come to the home of the European champions and you’ve got to be resilient, and you’ve got to deal with moments of pressure, and then show your own qualities, and I felt we did that.”