From the London Stadium - There's this age old myth that's been doing the rounds for years, particularly among young football hipsters.

Or that's what they think they are, at least.

And that myth is that West Ham captain Mark Noble is a bit of a laugh in the middle of the park. Immobile, slow, and essentially one of those players that fans only appreciate and support because he's a local lad, willing to give his all.

Well I'm here, admittedly as a ​West Ham fan who has just frozen to near death at the London Stadium, to set the record straight. Why? Because that myth is just that – a myth. Granted, he does some funny stuff from time to time. Noble can, at times, saunter round the middle of the park and be bypassed in the blink of an eye. But that's Premier League football for you -

Such has been his development, West Ham have transitioned from playing two deep lying midfielders and Rice has taken on the mantle himself. That's allowed Noble to venture further forward, giving the side a more entertaining outlook.

Against ​Crystal Palace, Noble wasn't at his best - but he was industrious enough. His main strength in possession has always been his positioning, bringing others into the game at will. It's a skill that often goes unnoticed in football, because everybody's attention is drawn to the player on the ball.

He's not fast, he's not particularly skilful but he's sure as hell clever. He presses when he needs to press, he distributes and recycles possession simply and knows that there's many others around him with the ability to win West Ham games - plenty of them now actually. He also scores penalties too, which is nice. 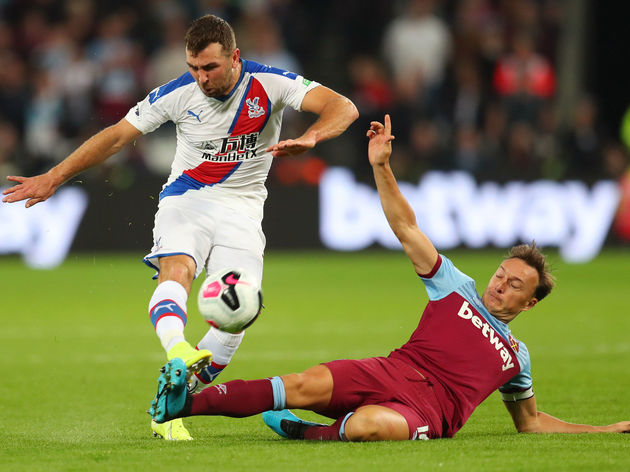 On this occasion, t