Aston Villa earned their first win in five games in style on Saturday afternoon, as they beat Norwich City 5-1 at Carrow Road.​

Villa struck first in Norfolk, taking the lead after 14 minutes when Anwar El Ghazi whipped the ball into the box, and a defensive mishap allowed Wesley bring the ball under control and slot it home to put the visiting Villans in front.

Norwich were lucky not to fall further behind when El Ghazi headed it against the bar from three yards out, but Villa's persistence was rewarded as they doubled their advantage before the half-hour mark, Wesley in the right place at the right time to tap home Conor Hourihane's low cross.

Norwich's poor defending kept costing them, conceding a penalty to give Wesley a chance to seal a first-half hat-trick, but Canaries goalkeeper Michael McGovern saved excellently down to his bottom right before smothering the rebound to keep the scoreline down.

Jack Grealish added a third four minutes into the second half, opening up his body and guiding the ball home before Hourihane capitalised on some sloppy defending to make it four, nicking the ball off Targett and curling the ball beyond McGovern to put the game beyond Norwich.

Substitute Douglas Luiz added a fifth five minutes after coming off the bench, with an absolutely sumptuous strike into the top corner. Josip Drmic scored a consolation goal for Norwich late on. 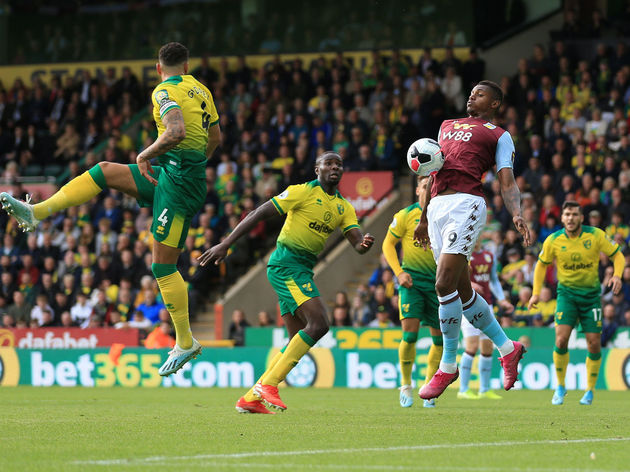 Norwich City started the game well, but some poor defending and communication saw them go behind. Straight away they were up the other end with a flurry of chances, but lacked that cutting edge to capitalise as before they knew it, they were 2-0 down and facing an uphill struggle.

They continued to attack well but, while they created some good chances, they didn't have that final touch to pull a goal back until the death.

It's now three straight defeats (with nine goals conceded in those games) for Daniel Farke's side, who drop into the relegation zone after a devastating defeat at Carrow Road.

STAR MAN - It's hard to single out a good performer when you lose 5-1, but Todd Cantwell had a good game for the Canaries. He was instrumental in every good move and worked hard all game long, as he put in a decent shift in a disappointing defeat. 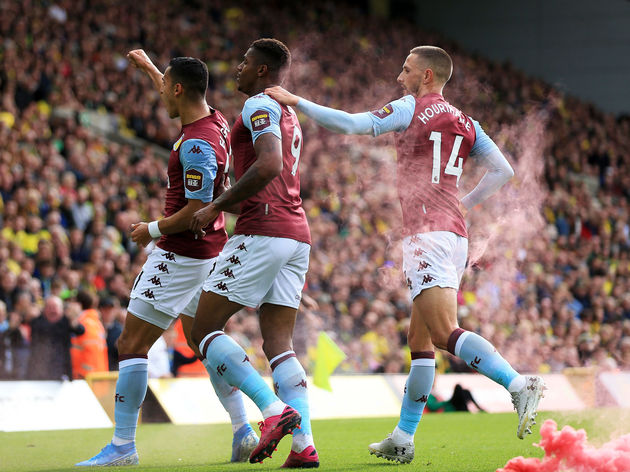 Without an away win on their ​Premier League return, ​Aston Villa were vying for a first victory on the road. They started in fantastic fashion thanks to Wesley's brace, and from then on they didn't stop attacking and scoring, exploiting a weak, lacklustre Norwich defence time after time.

Five goals says it all for Villa, who were ruthless against their hosts. They were outstanding going forward and scored some beautiful goals, mixed in with a solid performance at the back as they outclassed Norwich all afternoon long in an absolutely wonderful display.

The win and performance will give Dean Smith's side a huge injection of confidence, as they proved that they can perform on their day and record emphatic results.

STAR MAN - The award for Villa's star man could go to any four of their attackers, who were all outstanding. Anwar El Ghazi recorded two excellent assists, Conor Hourihane got a great goal and assist and Jack Grealish lead his side in style, getting a goal himself.

However, it was Wesley's first half brace that got them on their way. It was two chances and two goals for the Brazilian, who was superbly clinical up front and did brilliantly for the Villans, making it three goals in his last three games after a fantastic performance away from home. 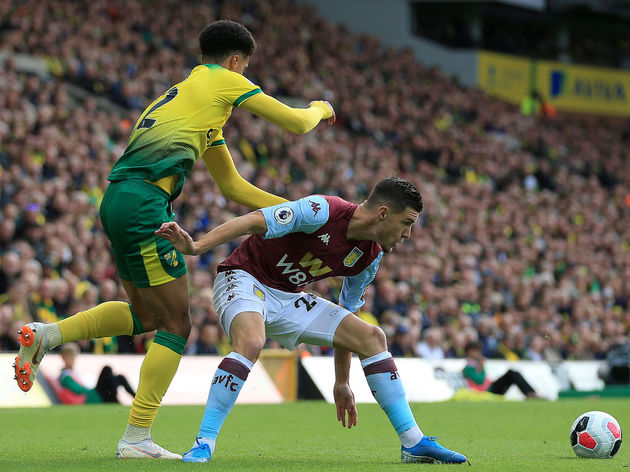 The international break means neither side are back in action for two weeks, with both playing next on 19th October. Norwich travel to the south coast to face ​Bournemouth, before returning to Carrow Road the following week to host ​Manchester United on 27th October.

Aston Villa welcome ​Brighton to Villa Park after the international break, looking to earn their first home win in four games. Dean Smith's side are then back on the road on 26th October, as they prepare for their toughest game so far away at defending champions ​Manchester City.