​Liverpool manager Jurgen Klopp has revealed that he would not hesitate to walk away from the Reds if he found out they had published videos of his half-time team talks.

Klopp's side faced Red Bull Salzburg in the Champions League on Wednesday and they held a 3-1 lead at the break. During the interval, Salzburg boss Jesse Marsch was filmed giving a passionate speech to his team in a video which was later published. However, whilst Marsch has gained plenty of praise for the footage, Klopp told a press conference (via ​The Express) that he was completely against the idea of making his team talks public.

He said: “If LFCTV had put out a video of me in that situation, I would leave the club. That's the truth and that's all I will say about that."

Klopp has gained a reputation as one of the most charismatic and passionate managers around, but it appears fans are not going to get an insight into his dressing room speeches any time soon.

Marsch's words helped inspire Salzburg to fight back to 3-3, but ​Mohamed Salah eventually netted a winner for ​​Liverpool to ensure they did not drop even more points so early in their ​Champions League journey.

Having fallen to a 2-0 defeat at the hands of ​Napoli in their first game, Liverpool now sit second in Group E, but the ​Serie A side's 0-0 draw with Genk on Wednesday means that Klopp's men are just one point off top spot. 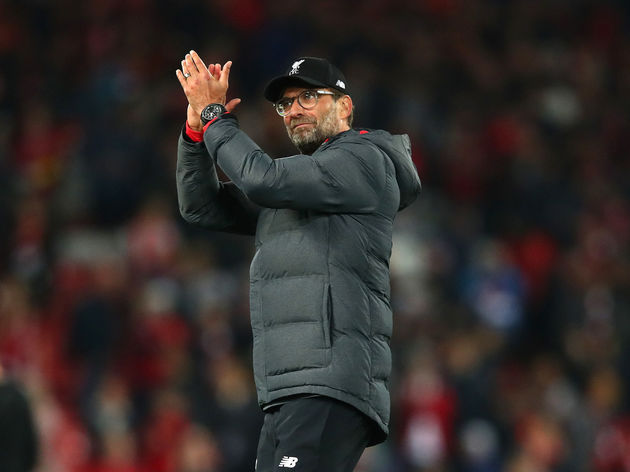 However, with Salzburg also sitting on three points, Liverpool can ill-afford to drop more points if they want to seal qualification as group leaders.

Aside from that defeat to Napoli, it has been a fantastic start to the campaign for Liverpool. The Reds currently sit top of the ​Premier League table after winning all seven of their games so far, and they have opened up a five-point lead over rivals ​Manchester City.