​Napoli will look for their fourth win in five games as they travel to Turin to face an inconsistent Torino side.

Napoli currently sit fourth in Serie A, six points off Inter, as they look to mount a title challenge this season. Carlo Ancelotti's men will be hoping they can secure three important points against a team that has proven to be difficult competition, with Torino beating both Atalanta and AC Milan already. Torino have been the image of inconsistency, however, losing three games and winning three games which has left them just outside the European places in eighth place.

Check out 90min's preview of the match below.

Napoli return to Italy after a disappointing away day in the Champions League with one new injury concern. Mario Rui came off against Genk with a thigh injury, but Gli Azzurri are, as of yet, unsure of the full extent of the injury. The only other player missing for Napoli is Nikola Maksimovic who came off against Brescia with a similar injury to Mario Rui.

Torino have more problems in terms of both injury and suspension. Centre-back Gleison Bremer was sent off in the Turin club's 3-2 away loss at Parma and is therefore suspended for the Napoli game. On top of this, they will be without Simone Zaza, Vittorio Parigini and Alessandro Buongiorno due to respective injuries.

Napoli have had the better of this match-up in recent years and are unbeaten in the last eight, having won six of those. They always seem to score goals against Torino, having won 5-0 and 3-1 twice in their last three visits to Olimpico di Torino.

Torino's last win against the Naples club came in 2015 when they edged them out 1-0 at home, but ever since then Napoli have dominated the fixture. 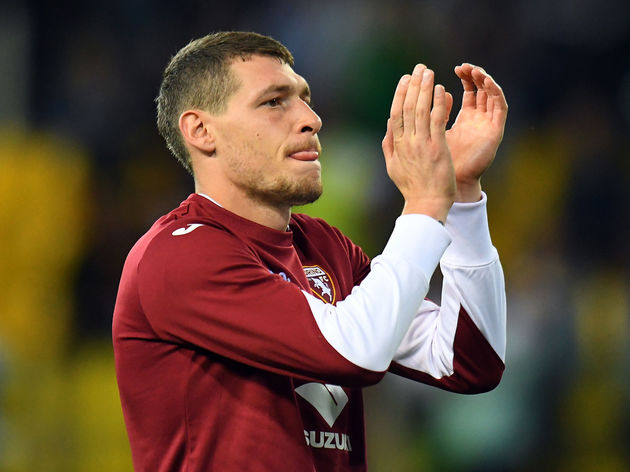 ​Will Napoli's dominance over Torino continue to ensure they keep the pressure on the pack above them?

Napoli have shown glimpses of their best this season, both domestically and on the continent most evidently with the 2-0 win over Liverpool in the Champions League. Yet, they will look to the home loss to Cagliari with disappointment.

Dries Mertens has shown just how talented he can be with four goals in five this season as he tries to lead Napoli further up Serie A. Torino's form has amazing symmetry to it with three wins and three losses, scoring 10 and conceding 10. They've achieved big wins over both AC Milan and Atalanta but have also lost winnable games against the likes of Lecce and Parma. Andrea Belotti remains the goalscoring prowess that linked him to major Europeans clubs previously with five goals in six, but, Torino blow very hot and cold.

The last five games show the different fortunes the clubs have endured/enjoyed.

Everything points to a Napoli win, but this will be far from easy for Mertens & co. It could come down to a shootout between the two most predatory strikers in the Serie A at the moment and it wouldn't shock us if Belotti had a big game and inspired Torino to a famous win. However, given recent meetings between the two sides, the edge has to be given to Napoli but expect an entertaining game with (hopefully) lots of goals. Torino's leaky defence coupled with Napoli's potency up top is a recipe for goals and with the star power of Belotti there is no doubt that Torino will also get on the scoresheet.