​Manchester City manager Pep Guardiola has confirmed that midfielder Kevin De Bruyne will be unavailable for Sunday's meeting with Wolverhampton Wanderers as he continues to recover from a groin injury.

De Bruyne was forced to sit out City's 2-0 win over Dinamo Zagreb on Tuesday as a result of the injury, and it was not initially clear whether he would return in time for Sunday. 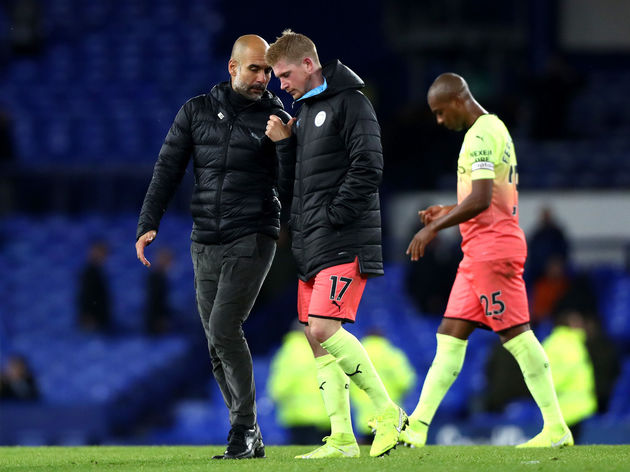 Unfortunately for ​City, Guardiola has confirmed (via the club's official website) that ​De Bruyne will play no part against ​Wolves, although that should be the last game he misses because of the issue.

The boss said: "No, Kevin is not in [the squad]