​Wolverhampton Wanderers collected their first win in Europa League Group K with a 1-0 victory at Besiktas courtesy of a stoppage-time goal from Willy Boly.

Playing their usual counterattacking brand of football, the visitors kept their hosts at arm's length for the first half-hour, with Black Eagles goalkeeper Loris Karius having to be alert when a deflection on Pedro Neto's cross redirected the ball towards goal.

Despite their early comfort, Nuno Espirito Santo's side were inches from going behind as the break loomed, the bar coming to their rescue as Adem Ljajic met a devilish in-swinging corner.

After the restart, Besiktas' Domagoj Vida had two presentable opportunities in quick succession, but the Croat's brace of headers were both off target as whistles began to emanate from the Vodafone Park crowd.

​Wolves found chances hard to come by in the second period, though Patrick Cutrone came close for the Wanderers as his whipped effort skimmed centimetres wide of the post. Romain Saiss appeared to have bundled home the decisive goal in the final minute of normal time, only to see his scrappy effort ruled out for offside.

Willy Boly with a late, late goal in Istanbul! He's calmness personified as he brings down a ball over the top before finishing cooly past Loris Karius!! GET. IN.#BESWOL

Wolves' ​Premier League form has taken a sizeable hit as a result of their endeavours on the continent. Had they failed to win on Thursday, qualification from Group K would have been a decidedly uphill task and their focus may well have switched back to domestic matters.

Playing against what appears to be their weakest opponent in the pool, Santo's men needed the victory to give themselves a reasonable chance of reaching the knockouts. Fortunately for them, Boly popped up at the death to deliver that all-important goal. 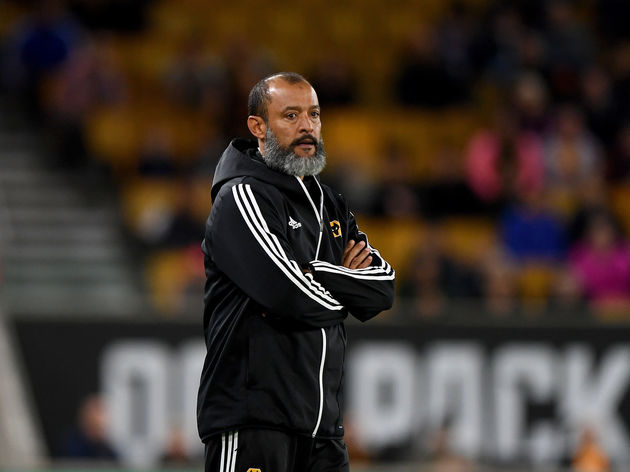 Nevertheless, they have a double-header against Slovan Bratislava to come, and the eastern Europeans are far from pushovers. Should they f A giant in defence alongside Conor Coady, the Frenchman dominated his opponents and ensured chances were at a premium for Besiktas. Near faultless on the night, Boly's crowning moment was little more than he deserved.

i wish saiss would take his hands off people, giving away stupid free kicks

Pedro Neto in early first half action as he looks to break down the wing.

Wolves are once again on the road as they make the trip to the Etihad Stadium to face ​Manchester City on Sunday. That's followed by a home game versus ​Southampton once the international break is over.

Those are both league fixtures, with Besiktas likewise returning to domestic competition as they play Alanyaspor and Ankaragucu in their next two matches.