There were four new UK television records for women’s football during the successful 2019 Women’s World Cup, with a peak audience of 11.7m tuning in for England’s semi-final against the USA – that figure made it the most watched television broadcast of the year so far. This weekend’s friendly against a Brazil side that includes six-time FIFA award winner Marta is a World Cup homecoming for the Lionesses; a first game on English soil since the tournament.

An away friendly in Portugal follows, but the FA have also reported that more than 77,000 tickets have been sold for the scheduled friendly against Germany at Wembley on 9 November.

Still more than a month before it will be played, that game is already going to set a new attendance record for a women’s football match in England.

The current high was set at 70,584 in 2012 when Great Britain faced Brazil at Wembley during the Olympics. Previously, 53,000 people had watched the famous Dick, Kerr Ladies team take on St Helen’s almost a century ago in 1920. It was only a year later that the FA, with suspicions it felt threatened by the popularity, inexplicably banned the women’s game for 50 years.

So callously set back, it is only in recent years that women’s football has recovered in that respect and is now rediscovering the levels of interest and popularity it once knew.

At club level, Wembley has hosted five Women’s FA Cup finals since 2015, all of which have had attendances in excess of 30,000. As many as 45,423 were there to see Chelsea beat Arsenal in 2018, while 43,264 watched Manchester City against West Ham last season.

The World Cup saw interest rocket and it has rubbed off on regular club games in the Barclays FA Women’s Super League, with Manchester City and Manchester United playing to a crowd of 31,213 at the Etihad Stadium on the opening weekend of the new 2019/20 season last month.

The following day Chelsea and Tottenham were watched by 24,564 people at Stamford Bridge, while 24,790 were at the London Stadium to see West Ham face Tottenham last weekend. 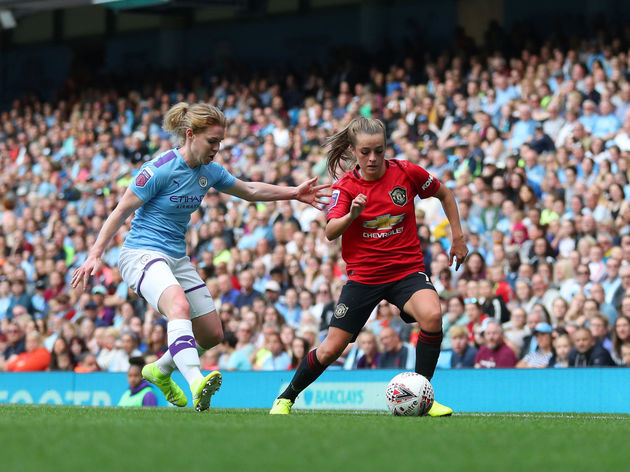 Attendances across the league are generally up as well, with Manchester United playing in front of 2,500 and 2,800 in their WSL home games so far, impressive figures that would have been unthinkable even just two years ago.