​Real Madrid came within minutes from being utterly embarrassed by Club Brugge at the Santiago Bernabeu on Tuesday, after Los Blancos had failed to contain 21-year-old forward

Here are seven things you need to know about him.

Dennis stole the spotlight against ​Real, and his decision to mimic ​Cristiano Ronaldo's famous 'Siiiii' celebration certainly caused a lot of controversy.

Speaking after the game (via the ​Daily Mail), Dennis confessed that the ​Juventus man has always been his favourite player, and he wanted to copy his celebration at the Bernabeu to remind them of what they were missing.

Certainly a brave move, but it looks like he got away with it.

A Host of Premier League Sides Have Tracked Him The 21-year-old may be in the spotlight now, but this certainly isn't the first time he has attracted attention from overseas.

​Manchester United, ​Manchester City, ​Arsenal and ​Leicester City are all believed to have monitored Dennis in the past few seasons, but Brugge have simply never been interested in selling him.

You can guarantee Brugge don't regret it. Dennis' value will have tripled after his showing against Real, so a tidy profit could be on the cards. If you have seen Dennis play, you'll already know just how quick he is. Dennis is not just fast, he's absurdly fast.

The forward loves to run and run and run some more, and he's yet to find a defender who can keep up with him. He confessed that his plan was to run ​Sergio Ramos and ​Raphael Varane into the ground, and he certainly did that.

Speed isn't everything to his game, but it definitely helps him stand out.​

He Has Been Compared to Neymar So, we've established that Dennis is fast, but he's far more than just that. On the ball, he is skilful and dangerous, and he has earned himself comparisons to some of football's biggest stars.

It was during his time in Ukraine with Zorya Luhansk that Dennis began to shine and, according to ​Voetbal International, fans were so impressed with the youngster that they started calling him 'The Nigerian ​Neymar'. High praise indeed.

He's obviously got a long way to go to reach those heights, but comparisons between the two aren't too crazy. They're both fast and creative on the ball, and both know how to get fans off their seats.

He Has Long Been Seen as the Future of Brugge 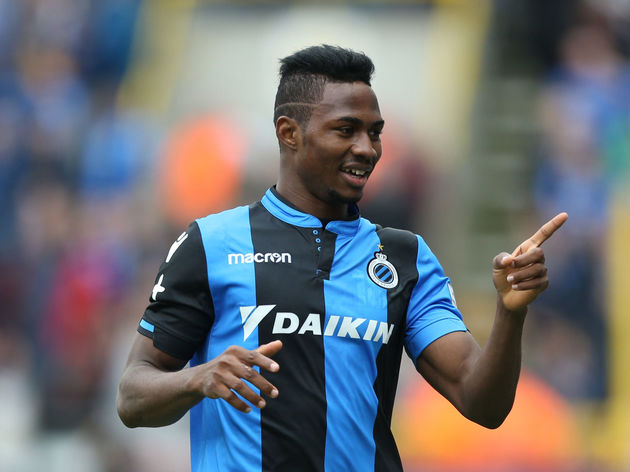 Brugge fought off plenty of competition to recruit Dennis in 2017, and he was instantly seen as the future of the club.

In fact, ​Brighton winger Jose Izquierdo, who is a legend at the club, told HLN (via ​Voetbal Primeur) that he was not worried about leaving in 2017 as he knew that Dennis was the man to lead them to glory.

The Nigerian needed just two months to prove to Izquierdo that he could become a star, and it looks like he is set to live up to that potential.

He Never Liked Football as a Child However, everything could have been so different for Dennis. Growing up an orphan, he rarely spent time playing football and had other ideas about his future.

In a video on Brugge's ​YouTube channel, Dennis confessed that he didn't actually like football as a child, and he instead wanted to become a priest. He takes his faith very seriously, and that was the only thing he could imagine himself doing.

He then developed a passion for medicine, before eventually realising that he was actually quite good at football. He could not deny his talent any longer, so took the plunge and became professional. A wise choice. In the same video, Dennis appears alongside then-teammate Marvelous Nakamba, and the pair discuss their bond and how playing alongside one another makes them feel confident and happy.

Nakamba left Brugge during the summer to seal an expensive move to ​Aston Villa, but you can guarantee that Dennis will be following his friend's career very closely.

If he wants to be closer to his friend, a move to England might be the only option.