Yes, Atletico Madrid's Starlet Joao Felix Is Actually Quite Good After All

With his first Champions League goal for Atletico Madrid, Joao Felix simultaneously broke the club's record for the youngest scorer in the competition and the veneer of apparent crisis that had been steadily, strangely, building up around his €126m move.

Despite two goals and an assist in his opening seven games for the club, the shine was beginning to wear off on Felix, the bleary eyes who had marvelled at his blinding pace apparently now baulking at his ever-thrust-into-view price tag. Naturally, this is what happens when you're a 19-year-old who just happens to be worth €126m - it will be surfaced again and again. Especially when you complete the lowest total passes of any starter in the Madrid derby, and are thus hauled off after 70 minutes.

Thankfully, though, that's old news. That's Saturday's fodder, confined to the realms of an already distant history when a clash with Real Madrid came and went with nothing to show for it but a good Jan Oblak save.

Because now, on the back of Atletico's Felix-led 2-0 victory over Lokomotiv Moscow, it turns out that, 'Yes, He's Actually Quite Good After All' (ahh, he said it!!).

It turns out that the irrepressible pace is, in fact, exactly that. This was proved when, with just three minutes elapsed in the second period, Felix latched onto Alvaro Morata's cut-back, found the keeper with his effort, kept running, and eventually latched onto the loose ball to crash it into the net with a careering half-volley, all from a counter that he himself had begun.

He may not have a foot like a traction engine, but he can sure as sh*t outrun one. Especially one built for the Russian railways.

And it's not like he'd taken until that point to rise to the occasion, either, having belied his slight frame (which, at 5ft9, isn't actually as slight as you think it is, he just looks 14 is all) to rise highest and flick a header right onto the feet of Diego Costa, who only went and Ronny Rosenthal-ed it over the bar.

The words 'total' and 'package' might be starting to form in your mind, and they'd be right to, considering the teenager's contribution to the second, victory-sealing goal of the game.

Bursting down the left flank on yet another counter, Felix then rose above his roadrunner sensibilities, checking those head-down, propulsive instincts to instead cut inside, assess his options, before playing in Costa with a caressed cross-field clip.

The Spaniard in turn curbed his own predatory instincts - or just remembered his lack thereof from the first half - to play it back across the face of goal to Thomas Partey who, unlike the ex-Chelsea striker, couldn't miss.

And so, with that holy trinity of attacking abilities, the total package is fully formed. Or is it?

Not in a Diego Simeone side it isn't. Not just yet.

Fortunately for Felix, his defensive acumen didn't disappoint the Argentine, with the gaffer remarking after the game: “The important thing [about the attacking trident] is their defensive work. We always have to have a structured team.” 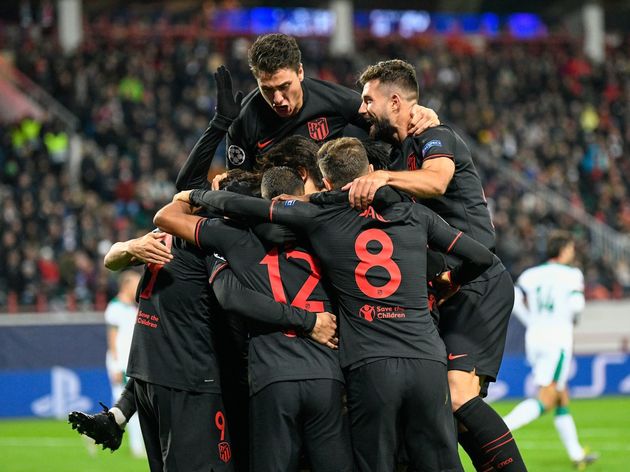 For such a free-flowing player as Felix, structure is not the first thing on his mind. But he's slowly but surely learning how to both upend it with his unpredictability and conform to it with a faithful reverence to shape, cover and pressing without the ball.

As with any teenager, there will be plenty of ups and downs, swings of both mood and form. But the talent - blinding at times as it is - is still there for all to see. And he may well be thankful that not many saw it last night, and not many will hear about it today.

Between 24-year-old Serge Gnabry's ascension at the Tottenham Hotspur Stadium and Real Madrid's dissecting at the hands of Club Brugge, there was little space left for Felix fan-boying.

Sure, the pass will be circulated on social media, the finish admired, but not as widely as anything from north London. Hell, it probably won't be seen as much as a clip of ​Atletico's impassioned tracking back.

When Diego Simeone is your manager, if you lose the ball, EVERYONE works to recover it!

And this can only help the youngster. The focus will remain elsewhere, and maybe, just maybe, Felix will be allowed to enjoy one of the greatest moments of his career to date without a splashy reference to his otherworldly price tag-age combo. Maybe we all grew on Tuesday night.

Or maybe 'lads, it's Lokomotiv' still isn't as attention-grabbing as 'lads, it's Tottenham', and that's that.