Goals from Joao Felix and Thomas Partey in the opening 15 minutes of the second half meant Atletico recorded a 2-0 victory and left Russia with all three points, leaving them locked level with Juventus in Group D on four points.

It was the fourth clean sheet in a row for Simeone’s side and a sixth of the season already in just nine competitive games. The commitment shown by the team, which can be seen in this clip below from Tuesday’s game, to track back in numbers illustrates why their defensive record is so impressive.

When Diego Simeone is your manager, if you lose the ball, EVERYONE works to recover it!

The desire to defend has been on display at ​Atletico since Diego Simeone was appointed manager in 2011. In fact, keeper Jan Oblak kept more clean sheets in 2018 than any keeper from any other side in the top five major European leagues, recording 27 shutouts.

While Oblak is of course a superb shot stopper, the defensive unit as a whole, from the forwards to the back four which currently includes the likes of Jose Gimenez, Felipe and Renan Lodi, all understand their role in the side and look like they love to defend.

Although Simeone has been fortunate to have sensational forwards at his disposal during his time at the club, notably the likes of Antoine Griezmann, Diego Costa and Radamel Falcao, his success has always been on keeping it stable at the back with Diego Godin, who has now left for ​Inter, being a crucial leader over the last decade for Atletico. 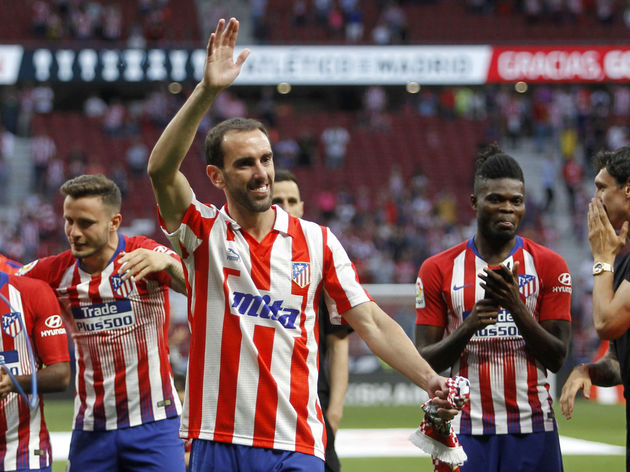 In the 2013/14 and the 2015/16 seasons, Atletico reached the ​Champions League final, losing to arch city rivals ​Real Madrid on both occasions. However, in both of these campaigns their success to reach the final was built on a superb defensive record. In 2013/14, they conceded just 0.71 goals per game in the European Cup with this dropping even further in the 2015/16 season to just 0.45 goals per game.

If they can continue to be organised and resolute this season in spite of Godin's exit, which is looking likely due to the strong work ethic employed by Simeone, they could match these impressive figures and seriously challenge for both the Champions League and​ ​La Liga this term.