Odegaard, now 20, joined Los Blancos from Norwegian club Stromsgodset in January 2015 and made his first-team debut aged 16 at the end of that season. He played regularly for the club’s second string, but unrealistic fan expectations of one so young led to unfair ‘flop’ labels. 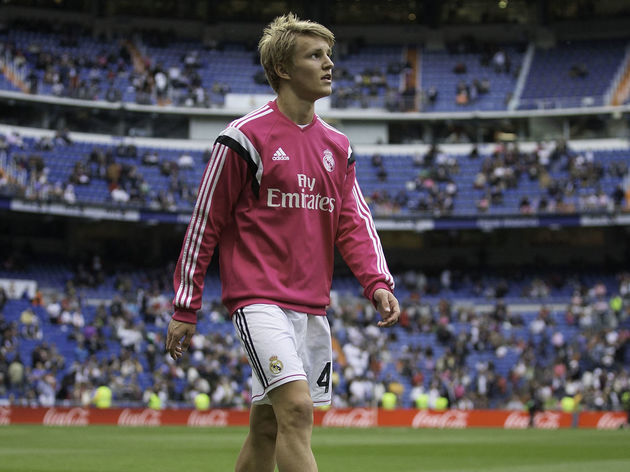 The midfielder joined Dutch side Heerenveen on loan for 18 months in January 2017, then stayed in the Netherlands to spend a season at Vitesse Arnhem. He returned to Spain in summer and made the temporary switch to Real Sociedad, where he is proving to be a revelation.

Odegaard is still contracted to Real Madrid until the summer of 2023, but there is now reported interest from a handful of teams across the continent. Real may therefore have a choice to make as to whether they keep the payer for themselves or take the opportunity to cash in.

Spanish outlet El Desmarque claims that Manchester City boss Pep Guardiola has already ‘asked’ about Odegaard, with a view to replacing veteran playmaker David Silva at the Etihad Stadium. Silva is out of contract in the summer and has been tipped to join new MLS club Inter Miami – that is despite previously expressing interest in signing for boyhood club Las Palmas.

But City aren’t likely to have a free run at Odegaard, as the same report suggests that Arsenal are also taking an interest as they look to move into the future and away from Mesut Ozil, a player the club is rumoured to want rid of as soon as January.

Borussia Dortmund, who have a fine reputation for recruiting and developing young players, Inter and even city rivals Atletico Madrid are also named as suitors for Odegaard.

One notable club absent from El Desmarque’s report is Bayern Munich, who made a serious attempt to sign Odegaard back in 2015, eventually losing out to Real.

No player has created more chances in LaLiga so far this season than Martin Ødegaard.

The player everyone has been waiting for. ✨ pic.twitter.com/hcdQn9x1Ds

As for price, the story suggests that Real have not set a valuation for their player. It could hint at a lack of inclination to sell, although it could also mean the club is refusing to limit what they could charge. El Desmarques estimates a minimum price of €80m, or £71m.

That figure is a long way removed from the ‘up to £20m’ reported by the Daily Mirror at the end of last month when it was alleged that Premier League side Wolves are also interested.