​In the wake of their Champions League final heartache in 2018, as fans wiped away their tears, the Liverpool hierarchy was already busy plotting a calculated response. Just weeks after their loss to Real Madrid in Kiev, the Reds swooped to sign then Monaco defensive midfielder Fabinho in a deal reported to be worth just shy of £40m.

It was a refreshingly under-the-radar signing, in an age of endless sagas, and a ruthlessly efficient piece of business by Michael Edwards and his crack team at Anfield. Just over 12 months later, the Reds would be crowned European champions with Fabinho well and truly installed at the base of ​Liverpool's midfield, shielding the back four with staggering efficiency and discipline.

His form has continued into 2019/20 as his side have raced to a five-point lead at the top of table with seven straight wins. West Ham star and fellow defensive midfielder Declan Rice became the latest admire of the Brazilian ace, recently heralding him as the ​best in the world in his position.

On current form, it is hard to argue with Rice's observation. Fabinho has gone from strength to strength for this Liverpool team and is now an automatic starter for Jurgen Klopp.

His importance in ​Liverpool's starting XI was highlighted during the recent, very hard-fought, victory over Sheffield United at Bramall Lane. The 25-year-old clocked up nine recoveries, four key tackles and three interceptions as the league leaders saw off the sternest challenge they'd faced so far this season.

Despite a heavier than normal workload, the Brazilian remained unruffled or panicked. His intelligent reading of the game and stoic discipline in the number six role emits a calm aura that seeps into the players around him.

The Brazil international alluded to this in a recent interview on ​Liverpool's official website. Fabinho said:

"The style of our team is intensity – we try and apply maximum speed and pressure, that’s what we work towards. That’s why the group are always so well prepared physically to impose this rhythm in games." 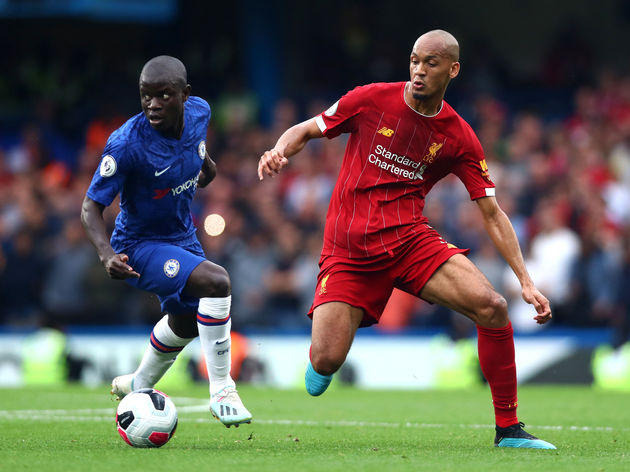 These words should strike a chord with Liverpool fans everywhere. They are indicative of a player who is focused and committed to the job tasked him, as well as possessing admirable tactical awareness. It is perhaps what stands the Brazilian up as the best in class in his position.

The defensive midfield role is one of largely thankless tasks, with dominating centre backs and dynamic full backs often enjoying a more celebrated status in the game. However, Fabinho's importance and current form for Liverpool cannot be played down.

Klopp allowed his big-money signing time to adapt to his frenetic style of pressing play.

Genuine question: since Fabinho has been properly integrated into the Liverpool team, has he dropped one sub-par display? I swear I’ve never seen him drop a performance less than a 7/10. His consistency is unbelievable.

However, after this slow start - one that raised one or two concerned eyebrows in the press - he has since established himself as the bedrock of Liverpool's midfield and a natural, arguably more refined, heir to 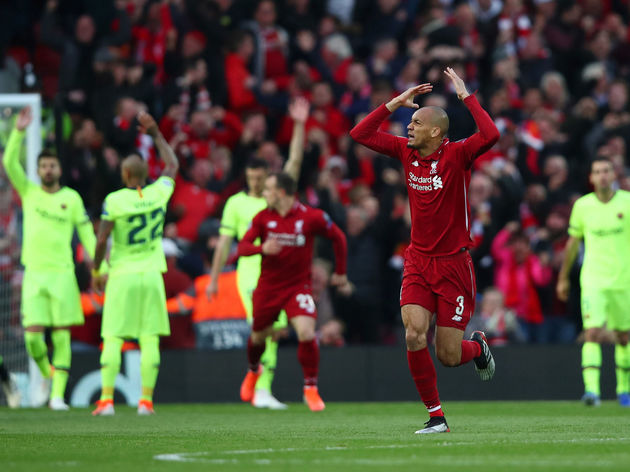 Fabinho was outstanding again for Liverpool. Put out fires all over the pitch and so many occasions where if he wasn’t there, Sheffield United could/would well have been right on top of Liverpool’s defence. Best defensive midfielder in the country, possibly in Europe, right now.