​Boy oh boy, wasn't that just a fabulous weekend of Premier League football? And an even better week for those of us in Fantasyland who brought in Andriy Yarmolenko at the last minute and captained Kevin De Bruyne - sure, he only got nine points, but it's nice when your skipper gets nine instead of two.

Whether you were one of the unlucky - or downright silly - few who were gutted to see Serge Aurier sent off against Southampton, one of those who saw Teemu Pukki blank at Crystal Palace, or one who broke their computer screen when Pep benched Sergio Aguero, it was Total Entertainment Forever for the whole weekend.

So, without further ado, here's the Dream Team from gameweek seven. 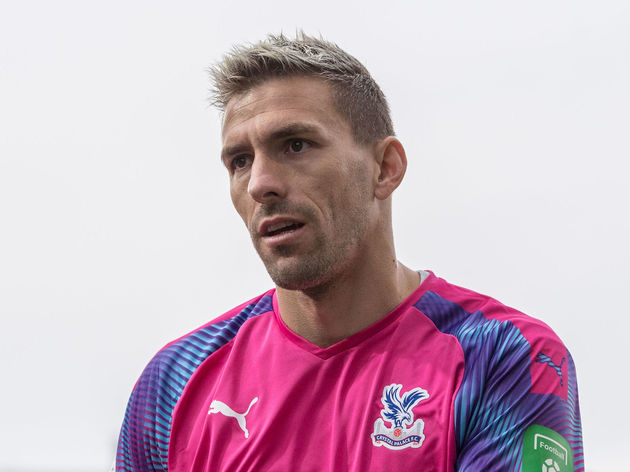 Vicente Guaita (9pts) - Crystal Palace have found a way to win tough games at Selhurst Park, and gave Norwich a proper lesson in the art of avoiding relegation in their 2-0 win over the Canaries on Saturday.

Guaita was a standout performer, making three saves on his way to a clean sheet and two bonus points. Matt Doherty (15pts) - If you haven't seen Matt Doherty's goal at the weekend, seriously, go and check it out. What a strike that was. Hammered towards goal, the ball on flames. Heavenly. You could also describe it as the easiest tap-in a pro footballer could ever hope for, but where's the fun in that? Nevertheless, that goal helped Doherty pick up three bonus points on his way to a total of 15.

Ricardo Pereira (13 pts) - Now this was actually a brilliant goal, for real. Pereira scythed through Newcastle's midfield before his scrambled left-footed strike crept past Martin Dubravka. It started Sunday's rout, ending in a 5-0 win for Leicester. The one bonus point and clean sheet points took the full back to 13 points.

Jonny Evans (11pts) - What? A centre back? Getting an assist?! That's absolutely out of this world! Evans also picked up probably the easiest clean sheet of his career against the Magpies, collecting a cool 11 fantasy points. 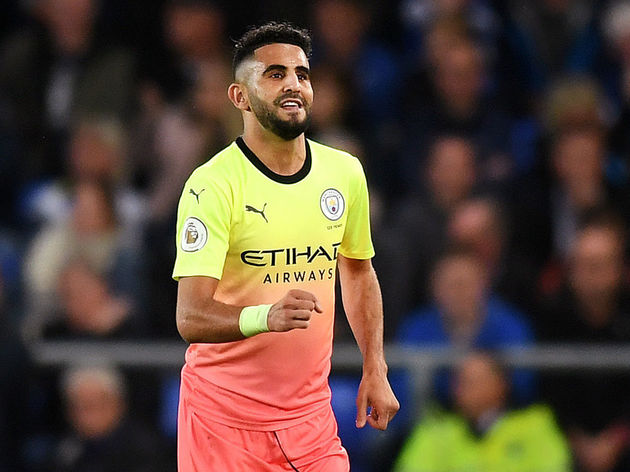 Riyad Mahrez (10pts) - Ooooooh, how brilliant was Mahrez's goal against Everton? A few of you might be thinking 'c'mon mate, Jordan Pickford's had a mare there', just like he does with every goal he concedes. But Mahrez zipped the ball off the greasy turf to beat the England stopper, totally outfoxing his opponent. Mahrez's wit helped him pick up three bonus points too.

Jorginho (11pts) - 'Nah mate, what does he do? Enuff of this tiki-taka nonsense, I want goals!' Well, alrighty then. It turns out Chelsea midfielder Jorginho can do goals, even if most come as penalties, as he tucked one home after Brighton's Adam Webster brought down Mason Mount. Just don't talk about the run-up. It gives me the creeps.

Luka Milivojevic (10pts) - Oh look, another penalty merchant! We kid, of course. Milivojevic scored a big, big spot-kick to send Palace one up against Norwich, helping the midfielder pick up maximum bonus points too. The only blot on his performance was the yellow card he was given, which has also ruled him out of the Eagles' next game against West Ham. Costly.

Georginio Wijnaldum (10pts) - Wijnaldum and ​Liverpool were the beneficiaries of a pretty horrendous Dean Henderson mistake around lunchtime on Saturday. The Dutchman's shot should have been saved by the ​Manchester United loanee, but instead Henderson let it between his legs, potentially costing the Blades a point. These things happen, and WIjnaldum certainly

didn't mind as he was awarded two extra bonus points.

Willian (10pts) - Having survived on substitute appearances earlier in the season, Willian has now started ​Chelsea's last three league games and grabbed his first solid attacking contribution against Brighton with a deflected strike from Callum Hudson-Odoi's assist. It's expected that the teenager will replace the Brazilian once he's up to speed, but if Willian can keep scoring goals then he'll be hard to displace in the starting XI. Josh King (12pts) - Games between Bournemouth and West Ham are usually brilliantly entertaining, and this past Saturday proved no different. A lengthy VAR check resulted in a goal for King, who also set up Callum Wilson for the Cherries' second. West Ham would end up equalising through Aaron Cresswell, but King finished the day with 12 points. You can't win 'em all, I guess is the moral of the story.

Jamie Vardy (12pts) - Yeah, it's a cliche, but Newcastle would have been absolutely buzzing to see the back of Jamie Vardy at full-time on Sunday. The Red Bull guzzling striker scored twice and picked up three bonus points, the only blemish on his record being the yellow card he picked up.