De Bruyne played 80 minutes in the 3-1 victory at Goodison Park and registered another assist – his ninth of the season already in all competitions – but it came at a cost as the Belgian maestro picked up a groin problem. 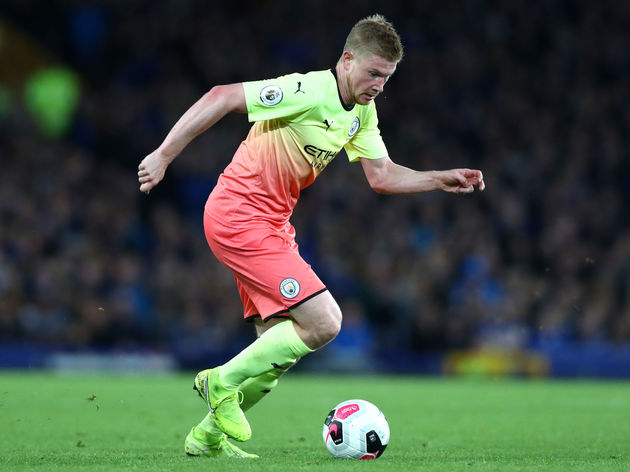 The length of time he will be sidelined for is as yet unknown, with a club statement released on Tuesday afternoon explaining: “The extent of his layoff depends on how well he responds to the rehabilitation programme overseen by the club’s medical staff.”

De Bruyne has started seven of City’s eight Premier League and Champions League games so far this season, but injury has been an unfortunate part of his career over the last 12 months.

The former Wolfsburg star only started 11 Premier League games in the whole of last season and hardly played at all during the first half of the campaign. That was in stark contrast to his 36 Premier League starts during the 2017/18 ‘Centurions’ season that yielded 100 points.

De Bruyne’s absence could present an invaluable opportunity to home-grown starlet Phil Foden in the immediate short-term, especially in the Champions League. The local teenager played 90 minutes against Preston in the Carabao Cup last week, his first game time since August.