Former Premier League referee Mark Clattenburg has revealed what he thinks can be learned from the officiating of Pierre-Emerick Aubameyang's equaliser for Arsenal against Manchester United at Old Trafford.

The goal was initially ruled out for offside by the linesman, before VAR overturned the decision, which was both clearly and obviously incorrect. 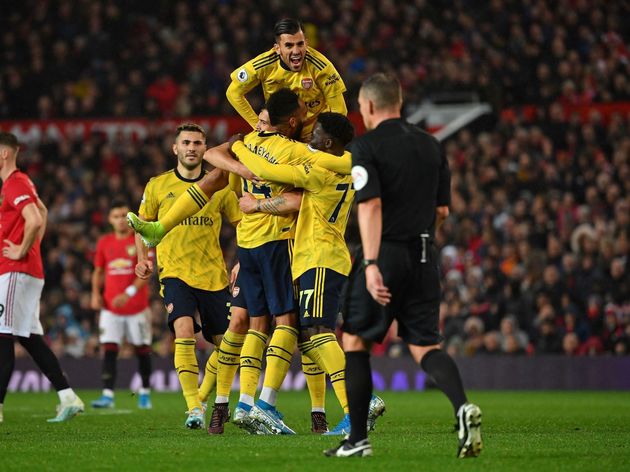 Clattenburg backed the decision in his column for the ​Daily Mail, pointing out that the original decision is the exact kind of mistake that VAR was introduced to prevent.

The 44-year-old explained: "The decision to flag Pierre-Emerick Aubameyang for offside was an incredibly poor one from assistant referee Scott Ledger, who was perfectly in line and perhaps lost concentration.

"But this is why VAR is so important. Aubameyang was so far onside, it would have been a scandal if Arsenal had not drawn level at Old Trafford."

And this was all made possible thanks to the fact that referee Kevin Friend waited until the play had unfolded before blowing his whistle, thus allowing the VARian interventions.

"Luckily, referee Kevin Friend delayed his whistle because if he had blown it before the ball had gone into the net, he would have had to disallow it," he said. "Thankfully for Arsenal, he waited, meaning VAR could check and overrule the incorrect call. This was a lesson for all referees in delaying blowing your whistles."

It's round two of Forfeit FIFA and Manny has got revenge against on the mind with help of the Forfeit Wheel! @hmunitedkingdom | #HMMan #ad #FIFA20 #Forfeitfifa #fifa #fut pic.twitter.com/xtIHSUJMeg

Still, Friend wouldn't have had to make the judgement call if his assistant hadn't been so flag happy, as Clattenburg suggested: "This can also be a lesson for assistants in delaying raising their flags. Ledger waited until Aubameyang struck his shot to lift his when he should have waited until the goal was scored."