Pierre-Emerick Aubameyang's second half goal secured Arsenal a 1-1 draw away to Manchester United, though VAR will hit the headlines

There was a distinct lack of quality as the teams eased into the contest, both sides guilty of aimless passing, unnecessary risk-taking and poor retention of the ball. The drudgery wore on, with Marcus Rashford's reckless challenge on Sokratis one a handful of notable moments in the first half-hour.

No VAR referral was forthcoming, ​United's frontman lucky to escape a red as he caught the Greek with his studs showing. Soon after, teammate Andreas Pereira went close as his mazy run ended with a shot that stung Bernd Leno's fingertips.

The game gained momentum when Rashford was sent through on goal, only to scuff his effort into the grateful arms of the ​Gunners 'keeper. Seconds later, Arsenal had a sighter, yet Matteo Guendouzi was unable to direct his shot past David de Gea.

The deadlock was finally broken in the dying embers of the first period as Scott McTominay sent a 20-yard howitzer into the roof of Leno's net, the midfielder's shot nudged further away from the German following a slight deflection. Ole Gunnar Solskjaer's men should have had the chance to double their lead when Sead Kolasinac blatantly handled in the box, but after nothing was given,

Leno was again called into action to parry a low, searing free-kick from Rashford in stoppage-time, before Reiss Nelson wasted the visitors last chance.

The start of the match may have been dreadful from either side's perspective, but Ole Gunnar Solskjaer will be pleased with the manner in which his men wrestled control as the break loomed. 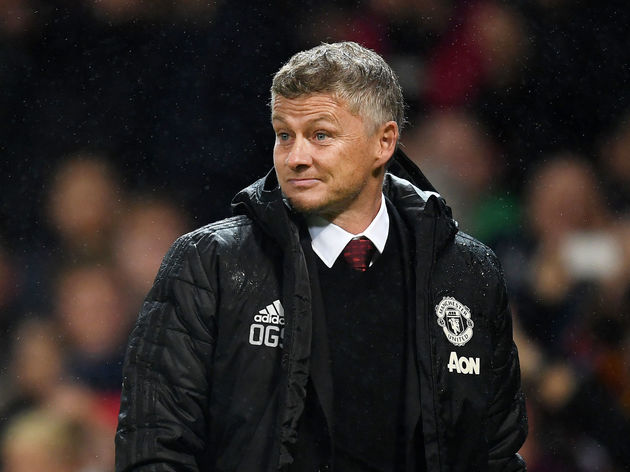 Of course, they couldn't maintain it, yet there were reasons to be positive. If the Red Devils are as threatening on the break as they were towards the end of the first-half, they can cause some serious damage to opponents.

That said, this United team is desperately short of quality. With Paul Pogba below his best after returning to the side after injury, the home faithful needed

Sure, he scored a delightful goal, but that was not what made McTominay United's standout player on Monday. Rather, it was his tireless work-rate and harassing of opponents that made the youngster the Red Devils' top performer. We've seen impressive displays like this before from the Scotland international, who has the characteristics needed to captain this club in the future. Hunger, passion and composure - McTominay could be a fixture in United's midfield for years to come.

He'll feel he should have buried a close-range header as the game meandered to a conclusion, though that mistimed effort was a small blot in an otherwise-solid showing.

How much do Arsenal rely on Aubameyang? He's a lethal weapon in Unai Emery's armoury, but it's never a good idea to be so dependant on one individual. Yet again, the forward was required to bail his coach out, capitalising on some gormless play from United to grab the equaliser.

There's a reason why the Gunners have spent three successive seasons outside of the ​Champions League - as a collective, the team isn't up to standard. Players like Aubameyang mask some deficiencies, though they can only take you so far.

A surprising turn of speed from Sokratis was enough to put Rashford off as the England international bore down on Leno, the centre-back continuing to frustrate opponents throughout the match. It certainly wasn't a pretty performance from the defender, yet he kept Arsenal's shaky backline organised and was invariably where he needed to be to help grab another point for Emery.

Aubameyang has the ball in the net but the linesman puts his flag up - VAR checks the decision and Maguire was playing the striker onside so the goal stands! ⚽

18y 25d - Bukayo Saka is the youngest player to ever start a @premierleague match between Manchester United and Arsenal. Stage. #MUNARS pic.twitter.com/CAb7fXIYRm

Both clubs are in Europa League action on Thursday, United travelling to the Netherlands for a match against AZ Alkmaar, whilst Arsenal welcome Standard Liege to the Emirates Stadium.

They return to domestic competition on the weekend as the Red Devils make another away trip, with ​Newcastle United their opponents on Sunday. The Gunners play on the same day in a home match versus ​Bournemouth.