​With a mouthwatering contest between Manchester United and Arsenal in which they try and outdo how bad one another to look forward to, we look back at the rest of matchday seven's action.

We had Manchester City and Liverpool come up clutch with important victories, Tottenham learned how to win a game of football, and Newcastle returned to doing Newcastle things (losing) at Leicester.

Here are seven of this weekend's top moments.

8️⃣ Assists for @DeBruyneKev already in the Premier League! How many do you think he'll end the season with? 

It seems like this accolade is given to ​Kevin De Bruyne every single week, right? The Belgian has had an insane start to the season, notching up his eighth league assist of the season in ​Manchester City's 3-1 win at ​Everton.

​Riyad Mahrez spent Saturday evening turning Lucas Digne inside-out, and in the build-up for City's opener, laid a neat pass back for De Bruyne, who instinctively whipped in a wonderful ball for ​Gabriel Jesus to head home.

That ​Premier League record of 20 assists in a season is looking pretty doable right about now.​ ​Sheffield United's 1-0 defeat at home to ​Liverpool was an up-and-down day for Blades goalkeeper Dean Henderson.

Sure, he let ​Georginio Wijnaldum's volley slip under him to allow the Reds victory, but his presence in goal stopped it from being a mauling, making ​Sadio Mane and ​Mohamed Salah look like they were dropping stinkers.

His best moment came after the goal, with Salah racing through on goal, but Henderson was able to deny him with his foot and keep his side in the game, even if it proved futile. 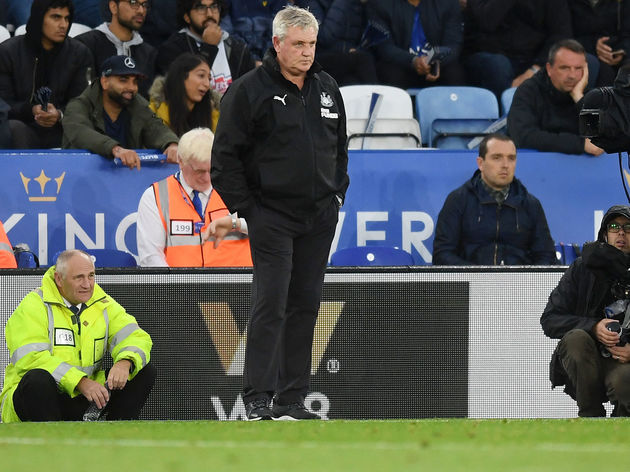 Steve Bruce probably knew his dream job of being ​Newcastle manager was never going to be an easy one, but their ten-man 5-0 loss at ​​Leicester showed there's a long way to go in his process of turning fortunes at the club around.

Their drab 0-0 draw with ​Brighton was gruelling enough, but this was downright abject, and his comments post-match in which he attacked the players were the words of a fan more than a coach.

If Bruce wants to become a success at his boyhood club, then he's going to need everyone pulling in the same direction.

See, you'd think Hugo Lloris would have learnt his lesson after overplaying in a World Cup final, but here we are.

The Tottenham captain tried a Cruyff turn on his own line with his side a goal up but a man down, allowing ​Southampton striker ​Danny Ings​ to tackle him and equalise in one motion.

Lloris was lucky that Spurs went on to win 2-1 and that his makeshift defence shielded him for much of the second half. Hurrah, a goal correctly awarded because of the use of the VAR!

​Josh King's strike for ​Bournemouth in their 2-2 draw at home to ​West Ham was initially ruled out for offside, with teammate Callum Wilson obscuring the view of the linesman, who at this point had raised his flag.

However, replays showed King was in an onside position when the ball was played to him, and the decision was overturn, granting Bournemouth their equaliser.

We have our first tie of the article, with Tanguy Ndombele and John McGinn taking home this title.

With VAR controversy rife at the moment, both made reference to it in their celebrations - Ndombele for ​Serge Aurier's harshly disallowed goal at Leicester the week before, and McGinn for his own effort ruled out earlier in their draw with Burnley.

There were, unfortunately,​ a shortage of vintage goals this weekend, so the best one comes down more to the assist than the strike itself.

No, Riyad Mahrez does not get this accolade for his free-kick, for ​Jordan Pickford should have easily saved it.