​Arsenal are set to take on Manchester United in the Premier League on Monday, but there are huge doubts over whether a number of senior players will be fit enough for the game.

Both sides are desperate to pick up the win, having endured challenging starts to the current campaign.

​Arsenal have battled numerous injuries since the season began, with the group of ​Alexandre Lacazette, Emile Smith Rowe, Konstantinos Mavropanos and ​Mesut Ozil all initially doubts for the clash with ​United.

Lacazette remains unavailable for selection as he battles an ankle injury, with Arsenal recently ​confirming that he will be out until October to allow him to make a full recovery.

On Smith Rowe, the youngster was withdrawn from Tuesday's 5-0 win over ​Nottingham Forest after suffering a nasty looking head injury, but he suffered no serious damage and could well be available to feature on Monday.

Similarly, Mavropanos may also be included. The 21-year-old has recovered from a groin injury which has kept him on the sidelines all season, and he recently completed 90 minutes in an Under-23 tie against ​Wolverhampton Wanderers.

However, with Rob Holding also back to full fitness, Emery may choose to keep Mavropanos on the sidelines for a little while longer to avoid any unnecessary risks.

Finally, many fans were left concerned when Mesut Ozil was withdrawn from the victory over Nottingham Forest, but Arsenal have not reported any injury to the German, so he is expected to be available to face United. 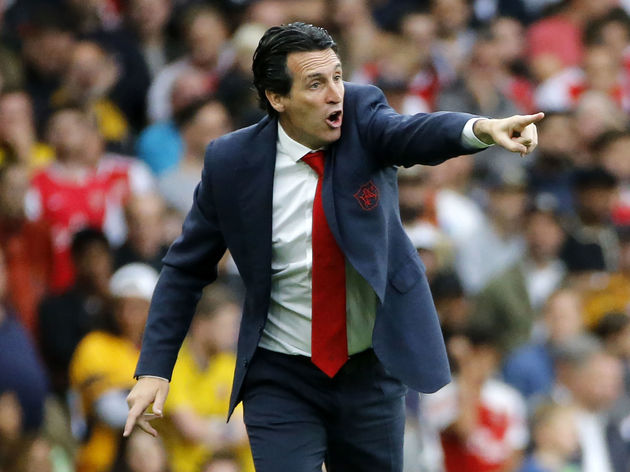 The Gunners are one of five teams to currently sit on 11 points in the ​Premier League, but their inferior goal difference and number of goals scored leaves them in eighth, although they can move as high as fourth if they pick up a point against United.