​S.S.C. Napoli returned to winning ways in Serie A thanks to Kostas Manolas' match-winning strike against Brescia Calcio at Stadio

Dries Mertens needed just 12 minutes to put Napoli in front, but his simple finish was overshadowed by a stunning pass from in-form midfielder It might have been a comfortable afternoon for Napoli on the whole, but a huge chunk of their success on Sunday came from the timing of their two opening goals against Brescia. 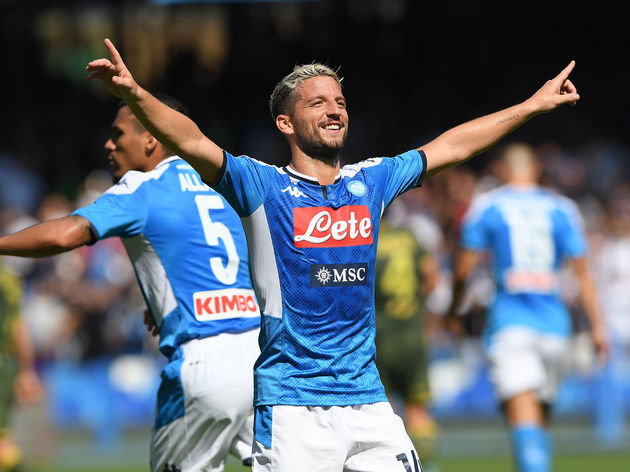 I Eugenio Corini would have planned for.

Manolas' late first half header and Tonali's disallowed goal the other side of half-time left Brescia deflated too, all-but ending any chance the visitors had of getting back into the match even though Balotelli did pull one back.

STAR PLAYER - This could be any number of Napoli players, as some fantastic performances were put in across the board from Carlo Ancelotti's side.

Fabian ruiz reminds me of thiago motta. Calm and composed

Dries Mertens has scored his fourth goal of the season. What a fantastic switch of flanks by Fabian Ruiz to create it.

He did that with his right foot. What a player! Carlo Ancelotti's side break for Champions League football in midweek where they'll travel to face Belgian giants Genk, looking to build on their 2-0 win over Liverpool on matchday one of the group stages.

Napoli are then on the road to Torino when Serie A action returns next weekend.