​Wolverhampton Wanderers are closely monitoring Real Madrid starlet Martin Odegaard, who has enjoyed an impressive start to the season on loan with Real Sociedad.

The 20-year-old has racked up two goals and an assist in his first six games, and he has been one of La Liga's standout performers in the opening months of the campaign. According to ​The Mirror, ​Wolves have sent scouts to track the Norwegian wonderkid this season, and it is thought that ​Real would be open to selling Odegaard at the end of the season for around £20m.

It would certainly be a surprise to see Los Blancos part ways with Odegaard for just £20m, given his status as one of the most promising midfielders around. When he joined Real back in 2015, he was tipped for superstardom, and now finally looks to be living up to that potential.

However, should that price tag be accurate, Wolves would certainly not be the only side who are keen on striking a deal. 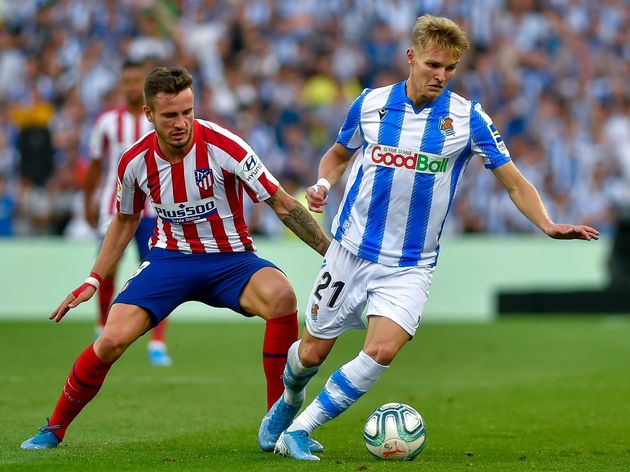 The Mirror expect plenty of sides to step up their pursuits of Odegaard in the near future, assuming he can maintain his current level of performances.

Odegaard certainly fits the mould of Wolves' current ambitious transfer targets. Their links with agent Jorge Mendes helped them lure the likes of Ruben Neves, Joao Moutinho and Raul Jimenez to the club, and they are thought to hope that Odegaard will follow suit. The Norway international has struggled to make an impact on the Real first team since his arrival at the Santiago Bernabeu. He has made just two appearances for the senior side and has instead spent the majority of his time out on loan.

He impressed in the Eredivisie last season with Vitesse, firing 11 goals and 12 assists in all competitions. That form ensured there were plenty of suitors of Odegaard during the summer, and it was Real Sociedad who won the race for his signature.