​Juan Mata has revealed that his desire to stay at Manchester United over the summer was forged from a desire to return the club back to its glory days, while also admitting he has no gripe with Jose Mourinho despite being an outcast during their time at Chelsea.

The Spaniard put pen to paper on a new one-year deal this summer with an option of another year, ending speculation he would depart Old Trafford for pastures new and, subsequently, taking him into his seventh season with the club.

It looked as though the 31-year-old would leave the north-west, but instead he opened the lid on his decision to remain with ​United, insisting it was a burning aspiration to 'change' the club's current situation and regain that winning feeling that kept him in place.

MY BOOK IS OUT! I hope you are enjoying the read as much as me. Get it here https://t.co/jTyu2C35E1 #SuddenlyAFootballer @reach_sport pic.twitter.com/NyPcfkOkBa

"Even though I could have taken the easy road and thought 'it is very difficult at this club in this moment and that's it, I prefer to go somewhere else and take an easier challenge,' if I had done that, I wouldn't have been able to forgive myself," he told the ​Mail.

"I wish it was in a time when we were winning Premier Leagues but I want to change what is happening. We are getting closer. There is no way this club is not going to come back to where it should be.

"I have no personal bitterness towards him at all," he exclaimed. 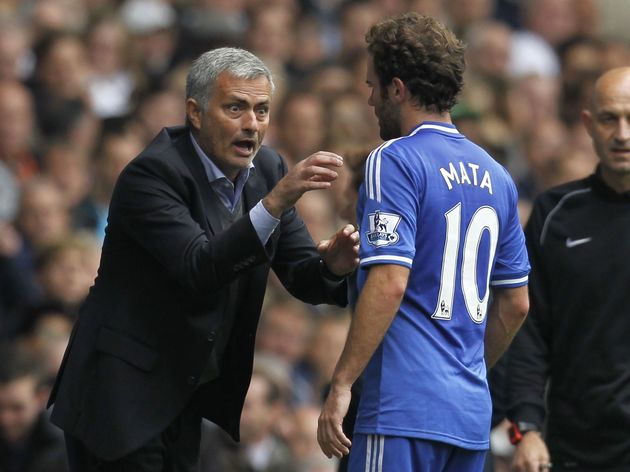 "My football is not perfect for his idea of football. That's what happens. I was at Chelsea, player of the year for two years, everything was rosy and then he arrived with a different approach, which I respect because there is not only one approach in football," ​Mata added.

"So there was a football reason. I take it like it is. I went to United and after some time, he came to United, too. I feel content and happy with myself because again the easiest decision would have been to leave, knowing his approach and my qualities. But I didn't leave and despite what many people said and wrote, I played more than people expected."