It was recently announced that Swiss international Granit Xhaka had been appointed as Arsenal's new club captain, having received the backing of his teammates.

Xhaka, who's not exactly a fan favourite after a string of errant performances, had been acting as the Gunners' de facto skipper after the distasteful departure of former leader Laurent Koscielny. His departure, along with Aaron Ramsey and Petr Cech, saw Arsenal lose a number of prominent voices in the dressing room, forcing manager Unai Emery to rethink his leadership options.

Ultimately, he decided to hold a player vote in order to choose his five on-field captains for the season, with Xhaka coming out on top ahead of Hector Bellerin, Pierre-Emerick Aubameyang, Alexandre Lacazette and Mesut Ozil.

But how suited are they to the job? Are they leaders on the pitch? Here, 90min scratches under the surface and decides whether or not they are fit for purpose.....by ranking them, obviously. 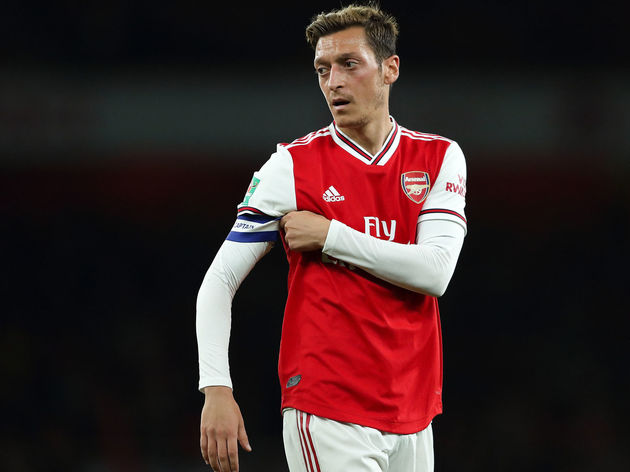 ​So Suitable: With bag loads of experience, trophies won in three different countries - including three FA Cup triumphs with Arsenal and a World Cup win - Ozil has done it all. Sort of.

The German has been in north London for six years, racking up 32 goals and 52 assists - including 19 in one season - during his Premier League career.

On that basis, he deserves it for his performances, right?

What, Him... As Captain?: Wrong - because he's just not inspirational captain material.

Ozil has dropped down the pecking order since Emery's arrival and now has to settle for substitute appearances in the league and starts in the cups.

Despite showing the odd moment of brilliance on the ball, his work-ethic, although improved, is still poor and he certainly doesn't give you the impression that he particularly wants to be there. Odd that his peers view him differently.

So Suitable: The 27-year-old has been at the club since 2016 after joining from Monchengladbach, making him one of the longer-serving members of this Arsenal squad.

Xhaka has experience of being a captain, leading the Swiss side for the past year. He's a player that can certainly gee-up a crowd with a crunching tackle or a 50-yard diagonal switch of play, something as fans you love to see from your skipper in the middle of the park - especially the former.

He also seems well-respected among the players - so what's the problem?

What, Him... As Captain?: The decision to make Xhaka captain will undoubtedly have divided the Gunners fanbase.

The midfielder was recently booed off for his showing against Aston Villa and is viewed in some circles as one of the biggest liabilities in the squad, along with David Luiz and Shkodran Mustafi.

No outfield player has made more errors leading to goals in the Premier League since his arrival, which says a lot for setting the tone. As it stands, you can't really see how he's a leader the fans can get behind. ​So Suitable: Despite being in north London slightly longer than strike partner Pierre-Emerick Aubameyang, you feel the Frenchman has more to prove than his strike partner - and captaincy could take his game to another level.

Lacazette's passion rubs off onto his teammates and he's somebody that can lift a crowd with a high-press or a tackle. Not forgetting that he's pretty handy in possession as well.

In some aspects, he naturally seems more suited to captaincy than Auba.

What, Him... As Captain?: With Nicolas Pepe joining and youngsters like Reiss Nelson, Gabriel Martinelli and Bukayo Saka impressing when they've been a part of the senior squad, Lacazette's game-time may continue to be reduced.

The former Lyon striker is currently out with an ankle injury and missed eight games last season due to a knee issue. Availability is key for a captain, something Laca struggles with. 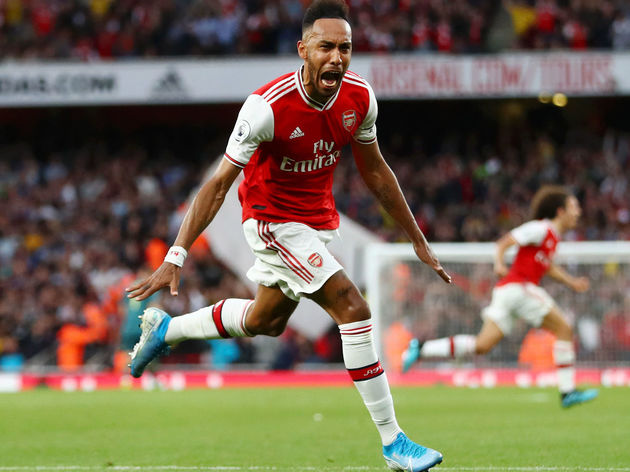 So Suitable: The Gabonese international has set the Premier League alight since joining from Dortmund in 2018, winning the Golden Boot in his first full season. His performances and work-ethic certainly make him a player to look up to in the dressing room.

His decision to allow Pepe to take, and score the penalty against Villa last Sunday highlighted Auba's unselfish nature. He'd also done something similar with Lacazette in the past as well.

The 30-year-old also has bags of experience, racking up 353 league appearances in three different countries and has led the Gabonese national team sporadically since 2015.

What, Him... As Captain?: Although it's to a lesser extent compared to other sports, captaincy brings greater responsibility and there's potential for performance levels to decline.

With Aubameyang being such a pivotal player in this Arsenal team, it's a risk to give him the burden of being captain - especially as this side are striving to break back into the top four. So Suitable:​ Before his long-term injury last season, Bellerin was a key member of this Arsenal side.

His marauding runs at the Emirates, along with his tidy defensive work, make him a real fan-favourite and there's no doubt his presence was missed at right-back last season.

He's also proven to be an inspirational figure off the field - with his advocation for discussing environmental issues, alongside raising awareness of mental health, earning him praise both in and out of football.

Viewed as a role model in multiple capacities, it's hard to think that he wouldn't be looked up to by his teammates.

What, Him... As Captain?: It's tough to find flaws with the right-back. However, Bellerin has been out with a ruptured knee ligament since January, so it would be a tough ask for him to assume a permanent captaincy role immediately.

That said, he seems to be the best equipped to lead the Gunners back to glory - and perhaps should have been the one to be appointed 'club' captain.