​Manchester United will look to sign Tottenham's Christian Eriksen in a cut-price deal when the transfer window re-opens in January, according to a new report.

Ole Gunnar Solskjaer's side have endured a rough start to the new season despite their impressive win on the opening day against Chelsea, going on to pick up just five points from a possible 15 while also cutting it close in the Europa League and Carabao Cup.

Reinforcements are already being talked about at Old Trafford and Goal claim that Eriksen is currently Manchester United's top priority, as long as they can persuade Tottenham into selling the Denmark international in a cut-price deal. 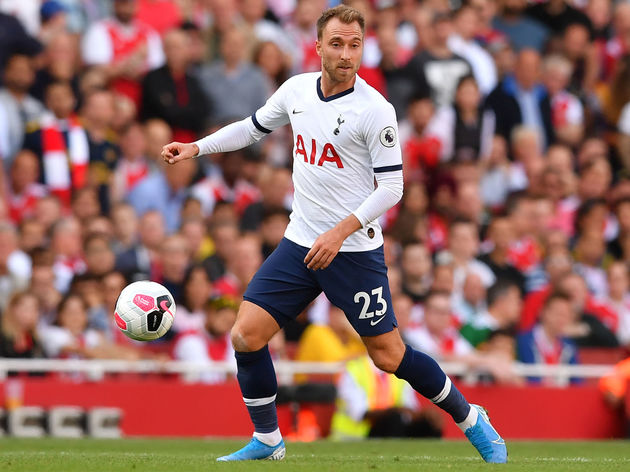 Daniel Levy is desperate to avoid losing Eriksen on a free transfer at the end of the season and it's 90min's ​understanding that he is resigned to losing the playmaker - with a potential January sale on the horizon. Spurs' chairman would, however, prefer to sell abroad, rather than strengthen a Premier League rival.

The 27-year-old has previously been a target for Real Madrid and Juventus, but both declined to make summer bids.