Premier League Fantasy Football: Who's Hot and Who's Not in Gameweek 7

​Attention now turns to gameweek seven in the world of Premier League Fantasy Football following a high-scoring round last time out, where the average was as high as 52 for the second consecutive week.

Manchester City assets proved their worth with an 8-0 demolition of Watford, with Nicolas Otamendi, Bernardo Silva, Riyad Mahrez, David Silva and the all-too-consistent Kevin De Bruyne all hauling double figures - the less said about Raheem Sterling's 'rest' the better. Thanks Pep... £4m 'defender' John Lundstram was a hero once again, rounding off a clean sheet with a sublime assist against Everton, more than staking his claim to being this year's Aaron Wan-Bissaka.

FPL managers have been flocking towards kindly-valued Chelsea duo Tammy Abraham and Mason Mount ahead of their home fixture against Brighton, while the likes of Marcus Rashford, Lucas Digne and even Sterling have been put on the chopping block.

But are these moves wise? How can you get ahead of the curve and transfer in players before and not after they score big points?

Here's this week's Who's Hot and Who's Not for your delectation...

Nick Pope: FPL players will fondly remember Pope's 2017/18 season, when the ​Burnley stopper collected 152 points, when initially priced at just £4.5m. Well, he's been priced the same again, and the Clarets face just one top six opponent in their next eight fixtures. Sean Dyche's men are accustomed to keeping clean sheets, and Pope is renowned for scoring save points even if they do happen to concede. He's your best bet.

Lukasz Fabianski: The top-scoring goalkeeper in the game so far with 31 points, it's difficult to ignore the ever-reliable Fabianski. Priced slightly higher than Pope at £5m, the former ​Arsenal man has managed three consecutive clean sheets, and ​West Ham's kind fixtures continue, facing none of the top six in their next six matches. While the Hammers' defence still isn't truly convincing, the Pole regularly achieves high scores through save points alone. Jordan Pickford: With Everton unreliable defensively, £5.6m is too great an outlay for England's number one, especially with Manchester City up next.

Ricardo Pereira: ​Leicester encounter just two of the top six in their next 11 games, so, while they've only managed one clean sheet so far, surely a few shutouts are on the way for the Foxes? The flying full-back also offers an attacking threat and, with ​Newcastle at home this weekend, don't be surprised if Pereira scores big.

Nicolas Otamendi: Whether you rate him as a player or not, Otamendi is becoming a valuable FPL asset for the time being. ​City keep clean sheets and, as their only fit centre back, surely he's immune from Pep's notorious rotation policy? City face no top six side in their next five, and the Argentine possesses a goal threat from set pieces too. 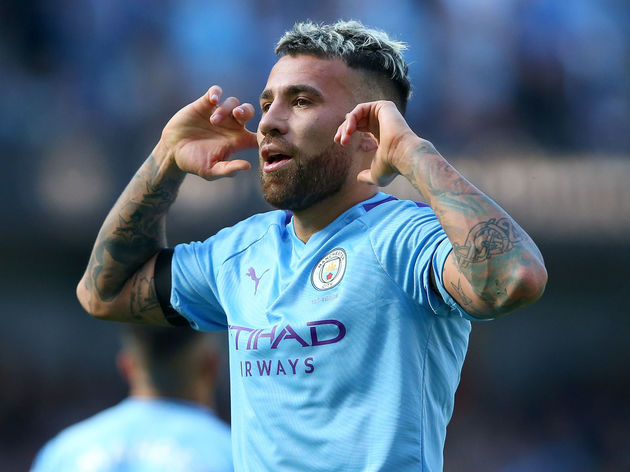 Aaron Wan-Bissaka: Owned by a sizeable 24%, ​Manchester United simply have not been keeping clean sheets to justify the £5.5m outlay on their summer recruit. With Arsenal and ​Liverpool to play in their next three, money is better spent elsewhere for now.

Mason Mount: Playing as an advanced midfielder in a free-scoring ​Chelsea side, it's no wonder Mount's price has risen from £6m to £6.6m, such is the increase in his ownership. On set pieces and with an eye for a goal and a final pass, the England international is by far the best option within his price range, and looks fantastic value.

Son Heung-min: Despite ​Spurs looking entirely unconvincing, South Korean Son is known to be an explosive point-scorer on his day. A brace at home to Crystal Palace two weeks ago proves that and, with Southampton, Brighton and Watford up next, ​Son's differential 9% ownership could well be in for a treat. ​ Dani Ceballos: It was a trap all along. Despite being a talented midfielder, the Spaniard usually plays the pass before the assist, which annoyingly doesn't translate to FPL points. Avoid.

Tammy Abraham: £7.5m for Chelsea's starting striker in excellent form? Yes please. It's becoming very difficult to overlook Abraham, whose ownership now stands at 33% - and with good reason. The Blues now avoid the top six in their next six fixtures too. Just get him in.

Callum Wilson: Going very much under the radar, Wilson now has just four points fewer than ​Pierre-Emerick Aubameyang this season, at over £3m cheaper. The England international is up against West Ham this weekend and has a superb record against the Hammers, having scored six in six. Raul Jimenez: A gem last season, Jimenez and ​Wolves have struggled to balance the rigours of European football with the Premier League this time around. The Mexican has just two attacking returns this season and, with plenty of other strikers firing, he's best avoided for now.