Aston Villa vs Burnley: 7 Key Facts & Stats to Impress Your Mates Ahead of Premier League Clash

For the first time since 2015, Aston Villa and Burnley will square up against each other in the Premier League this weekend.

It's a momentous affair, and you'll need to be prepared. What you don't want to be is caught fact-less, or, worse, stat-less, in the pre-game chat with your mates down the pub.

You need some conversational ammo. And it's all right here, courtesy of Opta. You're welcome. This is a key one. Who's had the upper hand in this fixture in recent times? You ask, we deliver.

Burnley have lost only one of their last eight top-flight meetings with Aston Villa (won three, drawn four, lost one), winning 1-0 in the most recent meeting on the final day of the 2014-15 campaign.

Interestingly (maybe?), by my estimations, not one player from the above photo from that game is still at either club. Fascinating. 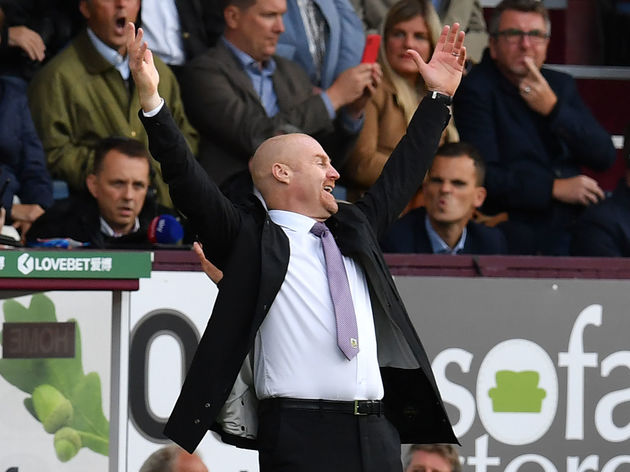 Would you expect anything else from Royals FC and well, Sean Dyche's side.

It's true: all 12 Premier League goals in games between Aston Villa and Burnley have been scored by British players.

That makes it the only fixture to have been played this century to see as many as 12 goals scored exclusively by British players. Villa have dropped a league-high six points from winning positions in the Premier League this season. Indeed, the Villans have lost three of their last four games in the competition in which they’ve scored the first goal.

I know it's hard to curb those clinical touches, lads, but just go easy in the opening stages. Save it for the second half - you know, when it counts. This is a poorly lit Chris Wood celebrating against Norwich, something that has become common when it comes to the Clarets and promoted sides.

This is because Wood and co have won each of their last five Premier League games against promoted sides, more than they had in their first 20 such games in the competition.

Impressive. Just like us vs the Fritz in the Great War, eh Sean? Again, maybe a bit like us against the Fritz (but only initially, I hasten to bloody add), Burnley's boys haven't travelled too well in recent times.

Yep, they haven’t kept a clean sheet in any of their last 10 away league games, and are winless in their last five on the road since a 3-1 win at Bournemouth in April. He may be the GOAT, but John McGinn's gotta go! AVE AD ENUFF, ROBBIE!

That's because the Scot has been on the losing side in both league games in which he’s scored. The only player at the club to lose each of the first three games in which they found the net in the competition was Jordan Ayew in 2015, and we all know how that ended. If we're talking bovine animals, then how could we leave out the daddy of them all, Ashley 'BISON' Barnes (I just made that up, hope it sticks!).

Barnes is Burnley’s highest goalscorer in the Premier League (36 goals in 142 games) - obviously. That's not news. The guy's a generational talent.

However, what is newsworthy is that he’s never scored in 18 appearances against promoted sides in the competition. Inexplicable, I know. Time for the BISON to step up to the promoted plate.