AC Milan were punished by a resurgent Torino side at the Stadio Olimpico Grande Torino, losing 2-1 after conceding two goals in four minutes in the last quarter of the game, ensuring their seven-year winless streak away against Il Toro continues.

Right from the off, it was the Rossoneri dictating the play, with far more aggression and desire than their hosts. Of course, with just two goals from their first four games - the lowest of any side in the league - the problem for Milan has been translating these efforts into goals. 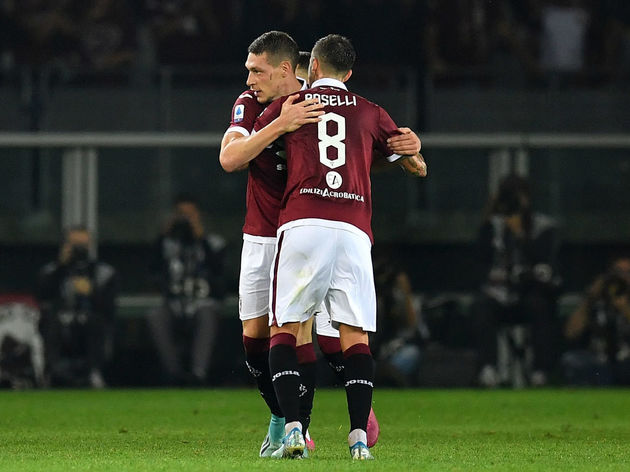 Thankfully, they were aided by some clumsy Torino defending in the 15th-minute, when Lorenzo De Silvestri bundled summer signing Rafael Leao to the floor in the penalty area. After some VAR deliberation, a spot-kick was awarded, which Krzysztof Piatek gleefully dispatched to grab his first goal of the season.

After restricting their hosts to very little, ​Milan almost gifted them a leveller on the stroke of half-time, as Gigi Donnarumma was beaten to a bouncing ball outside of his box by Andrea Belotti, with the falling striker only able to sky it after a neat piece of control had left him with the goal gaping.

With this clearly still in their minds, the Rossoneri sprang out of their second-half blocks, and eight minutes in Piatek passed up a glorious opportunity to double their lead, following some excellent marauding from captain Alessio Romagnoli.

However, their impetus waned as the minutes passed, and when Belotti snuck a well-struck - but saveable - effort passed the Milan keeper in the 72nd minute, Marco Giampaolo would've been fearing the worst.

A brace against AC Milan to win his side the match.

Since the start of the season, Andrea Belotti has now scored 11 goals for club and country.

Four minutes later, these fears were confirmed, when the Italian frontman - after botching the initial chance handed to him by Simone Zaza - acrobatically found the net once more with an overhead kick. In the aftermath, substitute Pepe Reina was sent off for berating the officials, capping off a far from wonderful night for the Rossoneri.

Check out 90min's full breakdown of the game below:

Once again, Milan were left rueing a number of missed opportunities. You see, it would be far from false to claim that, up until the equaliser, Milan were as comfortable as they've looked all season.

The new signings were on song, showing multiple flashes of their talent, the defence looked solid and the principal question seemed to revolve around whether they could score more than one goal for the first time this season. 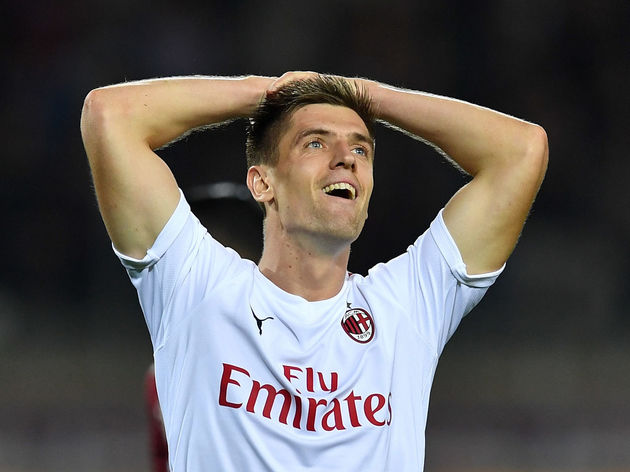 However, that question was premature. After all, there's a reason that it's 14 games since they've won in Turin - against either side. There's a reason Massimo Allegri was the last manager to muster a W. It's a hard place to go.

But Milan were not a hard team to break down in the end. Belotti made it look easy, and that will be the most concerning thing for Giampaolo and his staff. Actually no, in truth, it will be the profligacy that hurts the most. And nothing summed that up more than Franck Kessie's last-gasp blazing over the bar from two yards out.

Or maybe it was Piatek's even later, and even gaspier header that he hit straight into the palms of Salvatore Sirigu? Who knows.

Rafael Leao is such a baller man

If there was one man whose name was clogging up the airways, blowing up the screen, in white, black and red, it was Rafael Leao. After emerging as the club's best performer against Inter, the Portuguese international was once again at the forefront of everything positive Milan did.

Rafael Leao is having another really good game for Milan. He was a rather under-the-radar signing and deserves some attention now.

I still feel his best position is where Piatek is playing.

A light at the end of this long, dark tunnel, perhaps.

Next up for Milan it's Franck Ribery's Fiorentina at San Siro on Sunday, before they travel to Genoa the following week to take on Aurelio Andreazzoli's side.