​Poor old Derby County. Always the bridesmaid, never the bride, except for when they are the bride and they poo their pants, the groom leaves them, and Coldplay is just blaring out on repeat while everyone is crying wanting to go home - the 2007/08 season was pretty wild.

For what seems like an eternity since, the Rams have been constantly flirting with promotion back to the Premier League, trying to make people forget about the time they smeared faeces all over their underwear the last time they were there. Viva La Vida is still playing to this day. It never stopped.

They've more often that not been in or around the Championship playoff scene come every April and May, and probably should have beaten Queens Park Rangers in the 2014 final. Alas, if you can't beat a ten-men Harry Redknapp side with the score at 0-0, you probably don't deserve to be in the top flight anyway. 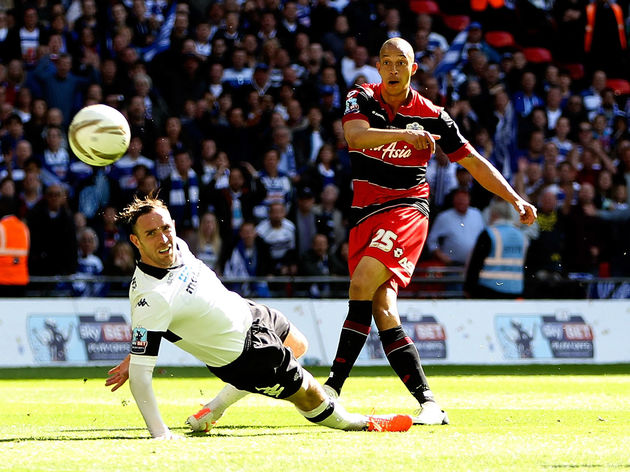 Gary Rowett was appointed manager in March 2017, and in his only full season at the club, guided them back into the top six, before falling to ​Fulham in the playoffs over two legs.

By this point, Rowett had been flirting with ​Stoke for six months, and jumped ship after the Rams' promotion dreams were dashed once and for all. The mess he left behind was pretty understated.

For most of the season, Derby occupied the top two, but their old-fashioned manager was towing along an old-fashioned team. An unsustainable brand of football combined with one of the highest average aged squads in the Football League made the future look deeply concerning, while they were facing Financial Fair Play sanctions over their huge wage bill.

Owner and chairman Mel Morris decided to do something bold. He turned off Coldplay. And then he hired Frank Lampard. After serving as a pundit on BT Sport for a couple of years by this point, the former midfielder made it clear he wanted to step into management, and he faced a huge task at Derby - trim the wage bill, lower the squad's average age, eventually get promoted.

With FFP restrictions hanging over them, Lampard made use of his contacts at ​Chelsea to secure two loan signings - the highly-rated Mason Mount, and eventual Derby Player of the Season Fikayo Tomori. Harry Wilson also signed on loan from ​Liverpool, while the club replaced Matej Vydra and Cameron Jerome with Martyn Waghorn and Jack Marriott. Almost immediately, the squad looked in better shape, if only temporarily.

No one could have been certain of Lampard's managerial pedigree, but he was clearly a smart player and a coherent pundit. Not many Derby fans could have envisioned making the playoffs once again, though.

Their strong league form was complimented by some impressive performances in the cups, knocking out ​Manchester United and ​Southampton on penalties, while putting in an admirable performance away at Chelsea in a 3-2 defeat. 'Spygate' in January did little to disrupt their flow of the season, in spite of Marcelo Bielsa's presentation that may as well have been entitled 'How to Beat Frank Lampard's Derby County', and would in fact work in their favour come the playoffs.

After securing their spot on the last day of the season, the build up was dominated by the this narrative, with ​Leeds even turning it into a chant to the tune of Oasis' Stop Crying Your Heart Out. In fairness, it was catchy.

Leeds took the initiative with a 1-0 win at Pride Park, leaving Derby and Lampard with the unenviable task of becoming the first side to overturn a Championship playoff deficit after losing the first leg at home. Remarkably, that's exactly what happened.

Stuart Dallas put the hosts 2-0 in the tie, before goals a minute on either side of half time from Marriott and Mount turned the tide in the Rams' favour. Wilson scored from the spot soon after before Dallas levelled the tie, but a red card for Leeds defender Gaetano Berardi gave Derby a second wind, with Marriott sealing the trip to Wembley five minutes from time. "Stop crying Frank Lampard" the Derby boss was filmed singing in the changing room, and fair enough. A season where few expected much from the Rams was 90 minutes away from reaching the Premier League once again.

Sadly for them, ​Aston Villa were just too tough a nut to crack, and Derby lost the playoff final by two goals to one. If few expected Derby to challenge for promotion, practically no one foresaw this would be Lampard's last in charge of the club, heading back to Chelsea after Maurizio Sarri's departure.

His start in the Stamford Bridge dugout has been shaky, but the signs are promising, particularly with context - he's trimmed the wage bill, lowered the average age of the squad, and could still challenge for some major honours this season.

Derby, meanwhile, appear to have run out of steam, regressing back to the mid-table mean they probably should have been at. Phillip Cocu was unveiled as Lampard's replacement over the summer, but he has been unable to keep the good feeling from last season rolling, winning just one of his first eight Championship games. If you listen closely, you can hear Chris Martin saying he used to rule the world.

Lampard has been thrust into two managerial roles where even the most experienced of coaches would have trouble trying to keep their head above water, so maybe the best compliment he can be paid is that he has never looked close to drowning.

The restrictions that were in place at Derby and Chelsea were tough, but Lampard has kept on going, kept on fighting, and may actually be the man to bring good times back to the Bridge.