A must-win game between Manchester United and Liverpool; a top of the table clash between Everton and Manchester City; and a London Stadium game for West Ham and Tottenham take top billing this weekend, but action across the division cannot be missed.

Here’s a full run down of the weekend’s fixtures, as well as key stats provided by Opta…

First Time in the WSL Manchester United and Liverpool are meeting for the first time in the WSL. The two clubs did face each other in the Continental Cup last season, with United, then in the second tier, winning the group stage clash last August in what was their first ever competitive game.

West Ham and Tottenham, who are playing at the London Stadium this weekend and are expected to draw in at least 20,000 fans, are also meeting for the first time in the WSL. They last met in a league setting in May 2017 when Spurs won 7-0 in a third tier game.

Something Has to Give Manchester United and Liverpool have each lost both of their opening two fixtures of the new 2019/20 WSL season, with all four combined games finishing 1-0. They cannot both lose again, so one or both must come out of this weekend with at least a point to their name. 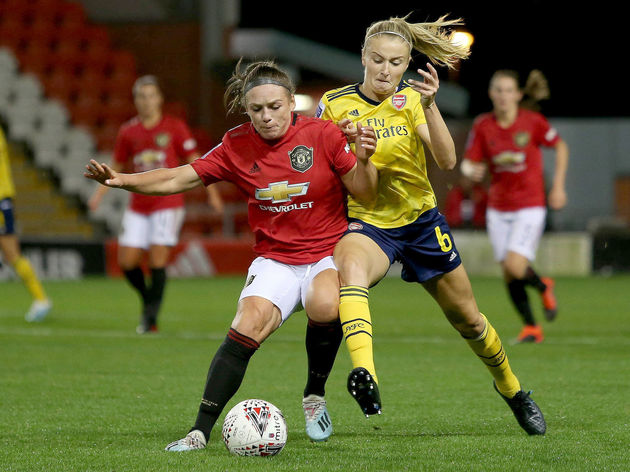 It has been a difficult start for Manchester United and Liverpool for different reasons and goals are at a premium. They are the two clubs in the WSL that have attempted the fewest shots so far this season – Liverpool (15) and United (16) – and have each managed only three on target. Manchester City have won each of their last six WSL games against Everton, scoring 18 goals and conceding just three. It is their joint highest win ratio against any single club at this level. But this one is actually a top of the table clash in the opening weeks of 2019/20.

Arsenal beat Brighton home and away in the WSL last season, winning 4-1 in this exact fixture and 4-0 on the road. Gunners midfielder Danielle van de Donk individually thrived, having a direct hand in as many as four of her team’s eight goals against the Seagulls.

Birmingham have never lost to Reading in seven WSL games. The first five meetings were all drawn, while Birmingham won each of the last two. However, the Blues have lost both of their fixtures this season and the Royals have won three of their last four away games.

Chelsea have won seven of their last eight WSL games against Bristol City, with the other finishing as a draw. Ahead of this weekend’s trip to the south west, Chelsea have also kept seven clean sheets in their eight previous league visits to Bristol, last losing in May 2013. 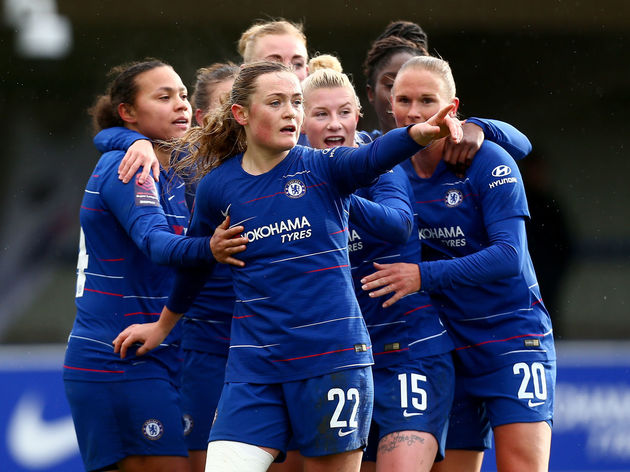 Everton boss Willie Kirk has lost every time one of his teams has faced Manchester City in the WSL. Including a previous spell in charge of Bristol City in addition to his time at the Toffees, Kirk has been beaten six times by City, conceding 25 goals and scoring only three.

West Ham manager Matt Beard is yet to win a London ‘derby’ in the WSL, also covering his spell at former club Chelsea. Ahead of facing Tottenham in a hugely significant fixture, his record in such games, of which nine have been played, is eight defeats and a solitary draw.

Chelsea are incredibly strong on the road and are currently on an impressive run of 22 consecutive WSL away games without defeat. That streak includes 14 wins and eight draws. As we’ve already heard, they haven’t lost a WSL game at Bristol City since 2013.

Bristol City have an unfortunate record against WSL sides from London. The Robins beat Arsenal in May 2014, but have failed to win any of their subsequent 18 top flight fixtures against teams from the capital. They have three draws and 15 losses to show for it.