​Arsenal manager Unai Emery hailed defender Calum Chambers following his performance in Tuesday night's 5-0 demolition of Nottingham Forest, even though he revealed that the utility did not follow his instructions during the game.

Chambers has struggled for game time since returning from his loan spell at Fulham over the summer. However, he made an impressive impact from the bench during Sunday's 3-2 comeback win over Aston Villa, and he continued his resurgence with a faultless display against Forest. Emery was keen to praise the attitude of his player, as well as his ability to play in a number of positions in the team, but joked that Chambers decided to ignore him on Tuesday.

"He helped us in the training, in the dressing room and when you need him to play right-back, centre-back, left-back like tonight, and if we can use him in the midfield also," Emery said in his post-match press conference, as reported by The Express 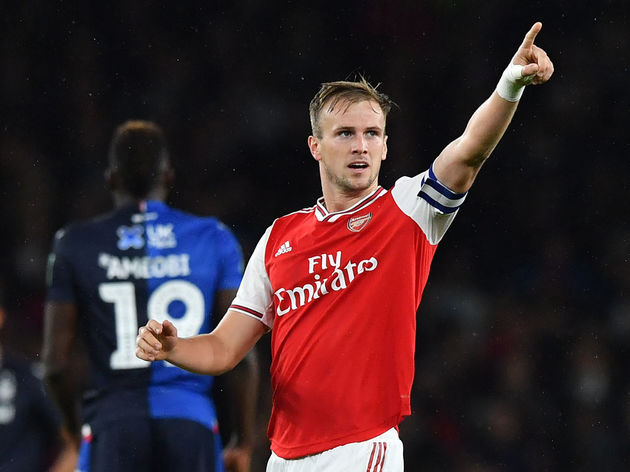 "Rob Holding came back after injury and also after injuries, Kieran Tierney and Hector Bellerin.