​Newcastle United are concerned that striker Andy Carroll will not be ready to start a game until 2020 as a result of the serious ankle injury which has plagued the last few years of his career.

Carroll initially picked up an ankle injury back in 2018 and, despite several attempts to return to the field, he has regularly been forced into extended periods on the sidelines, which saw West Ham decline to extend his contract during the summer. 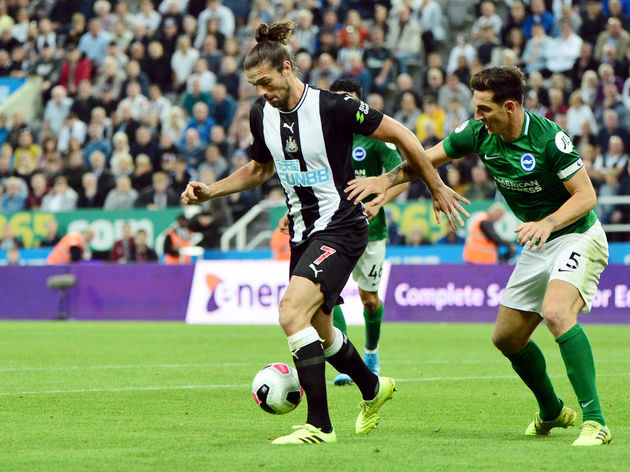 The towering striker sealed a return to ​Newcastle and made his second debut as a late substitute in Saturday's 0-0 draw with ​Brighton and Hove Albion, but according to ​The Telegraph, that is the only kind of impact which ​Carroll will be able to make for the foreseeable future.

Newcastle need to carefully manage his workload to ensure they do not aggravate the injury, meaning Carroll is unlikely to be able to start a game for the remainder of 2019.

Fortunately, he is not thought to have suffered any adverse reaction to his appearance against Brighton, but Newcastle will not get ahead of themselves and will ensure they protect Carroll at all costs.

Manager Steve Bruce is thought to be a huge fan of Carroll and would ideally like to use him as the focal point of the side, particularly after Joelinton's less-than-impressive start to the campaign, but Bruce is aware that there is little chance of that happening.

As a result, the boss is set to persist with Joelinton, although The Telegraph do add that he is expected to push for attacking reinforcements in the January transfer window, although that may not be necessary if ​Dwight Gayle can make an impact when he returns to training in the coming days. Newcastle currently find themselves 17th in the ​Premier League table, and their return of just four goals is tied for the worst record in the division, alongside ​Watford and ​Crystal Palace.

Joelinton himself has managed just one goal in his six outings this season, and many fans have already grown frustrated with the team's lack of attacking intent.