Fantasy Premier League: The 10 Players Who Scooped Man of the Match in Gameweek 6

So how was the weekend for your Fantasy Premier League team?
​
​I'll tell you how mine went: absolutely terribly.

If Dani Ceballos is so good, why isn't he scoring any points?

Why is Kyle Walker being substituted in the 53rd minute, seven minutes before the clean sheet bonus kicks in?

Why did I leave Lewis Dunk on the bench?

Anyway, a fair few of you probably remembered to change your teams before the deadline and reaped the rewards.

So who were the stars of gameweek six? Here's every MOTM from the weekend. Now, don't be expecting Aaron Ramsdale to bag you assist points every week, but the 21-year-old did set up a goal in the 3-1 win over Southampton on Friday.

He's the first goalkeeper to notch an assist in the Premier League this season, his punt upfield causing a meltdown in Southampton's defence, allowing Callum Wilson to tap into an empty net to seal the win late on.

He also picked up three bonus points, taking his tally for the week to ten. 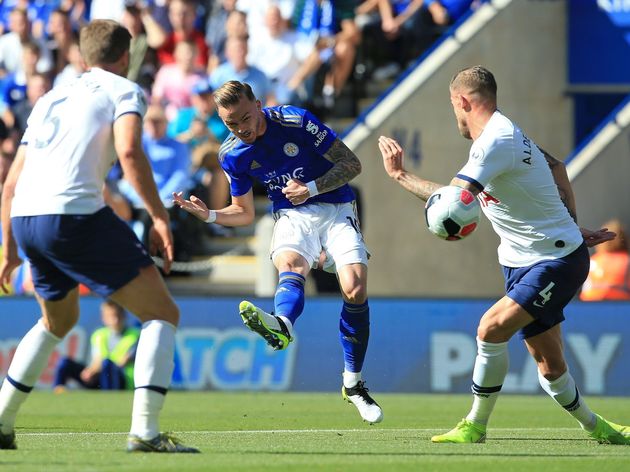 Maddison won Leicester all three points in Saturday's early kick off against ​Tottenham, capping off a brilliant display with a rocket from distance.

While he's been bright so far this season, the former Norwich ace hadn't scored before the weekend, so his first of the campaign couldn't have come at a better time.

He's an injury doubt for the upcoming gameweek, but his goal ensured he picked up three bonus points, picking up a total tally of ten. Wood is one of those fantasy forwards who will do nothing for five weeks and then suddenly help himself to a few goals.

That's exactly what the New Zealander did against Norwich, bagging twice on his way to a 13-point gameweek.

Ashley Barnes has considerably more fantasy owners than Wood, but this latest performance may tempt a few into a squad reshuffle. This fella is quickly becoming a fantasy legend.

Lundstram bagged 14 points against Crystal Palace in the second gameweek and was at it again at Everton, bagging an assist and helping the Blades keep a clean sheet.

He was rewarded with three bonus points, contributing to a total haul of 12. Tasty. If you had a few ​City players in your team over the weekend, you probably picked up a few points.

Five of their players reached double figures, but Bernardo Silva was the standout, scoring a hat-trick - which was only good enough for two bonus points, funnily enough - on his way to 19.

A backlash was expected after the shock 3-2 loss to Norwich, and poor old Watford bore the brunt of that backlash. If you didn't catch the goalless draw at St. James' Park, then don't worry, you didn't miss much.

In a rather dour game, Australian goalie Ryan made four saves, grabbing his second clean sheet of the season and earning the full complement of bonus points in the process. One of just two teams yet to win a Premier League game this season, Wolves will hope their snatched point at Palace can kickstart a good run of form.

They needed a last-gasp equaliser from Diogo Jota, who bagged himself three bonus points and nine in total.

Those nine points make up half of Jota's total haul for the season so far. He played the full 90 against Manchester City, conceding five goals, and was left out of Manuel Pellegrini's team for the next four games.

However, an injury to Arthur Masuaku meant the Chilean had to include the England international against ​Manchester United, and he didn't disappoint, scoring an outrageous free-kick to wrap up the points for the Hammers. Cresswell himself bagged 14 points for his display. This Scot loves visiting north London. His two league goals so far this season have come in England's capital, with his latest strike at Arsenal accompanying his effort at Tottenham on the opening weekend.

He bagged three bonus points, but that'll be scant consolation for the Villans star after his side chucked away a lead with a player advantage to lose 3-2 at the Emirates. At one point, it looked like ​Liverpool were going to cruise to a four or five-goal victory at Stamford Bridge on Sunday.

When Roberto Firmino nodded in the visitors' second, there seemed to be little hope of a comeback for the Blues, but to their credit Chelsea made the second half very difficult for Jurgen Klopp's side.

Firmino himself ended up with nine points, taking his tally for the season to 44.