Ferland Mendy: Real Madrid Left Back Set for Spell on the Sidelines With Leg Injury

​Real Madrid have confirmed that left back Ferland Mendy is set for a period on the sidelines after suffering a muscle injury.

Mendy has rotated with Marcelo throughout the opening weeks of the season but had been tipped for an extended run in the team after a hugely impressive showing in Sunday's 1-0 win over Sevilla. 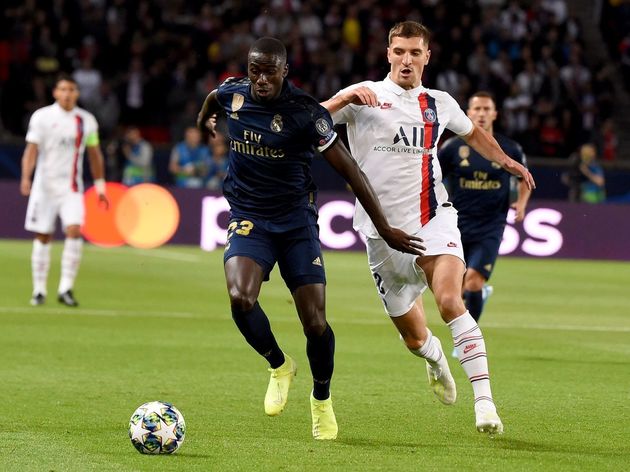 However, ​Real took to their ​official website to reveal that Mendy has picked up an adductor muscle injury in his left leg, adding that they will continue to assess his condition.

There is no mention of a time frame for Mendy's recovery, but he will almost certainly be unavailable for Wednesday's meeting with Osasuna. Perhaps more worrying, Mendy is also now a huge doubt for Saturday's Madrid derby with ​Atletico Madrid.

The fear is that it may leave Real with no fit left-backs. ​Marcelo has been out with a neck injury and is not expected to feature against Osasuna, so Zinedine Zidane may have to get creative with his lineup.

Centre backs Nacho Fernandez and Eder Militao could be called upon to fill in, whilst right back Alvaro Odriozola may also have to swap over to the other side of the defence.

News of Mendy's injury will come as a huge blow to Zidane. The manager claimed that Real's performance against Sevilla was ​the team's finest since he returned to the club in March, so he would likely have wanted to keep that lineup as together as possible.

They have struggled greatly with injury this season. Mendy is the latest in a long line of players who have missed games for Los Blancos, including the likes of ​Eden Hazard, ​Luka Modric and ​Isco, whilst squad players like Mariano, Brahim Diaz and Federico Valverde have all battled fitness issues.

Despite their struggles, Real are actually unbeaten this season and currently find themselves second in ​La Liga, behind only Athletic Club on goal difference.