​Arsenal defender Calum Chambers has warned the rest of his teammates that they cannot keep relying on striker Pierre-Emerick Aubameyang to bail them out after a poor performance.

The Gabon international's goals have been vital to Arsenal this season. ​The striker has scored 16 in his last 16, winning his team them points against the likes of Newcastle United and, most recently, Aston Villa, despite the Gunners struggling to impress in several games this season. Speaking after ​Aubameyang's late goal saw ​Arsenal take all three points in a 3-2 win over ​Villa (via the ​Evening Standard), ​Chambers insisted that the Gunners must improve as a team if they are to achieve anything this season.

“We are working every day at the training ground on our philosophy and the way we want to play. It didn’t help that we went down to ten men. Obviously, they are going to have chances, they are going to dominate parts of the game and that happened.”

It was a mixed outing for Chambers. His mistake allowed Villa to net their second goal, but he did grab a late equaliser to help get Arsenal back on the right track, before Aubameyang's free-kick decided the result. 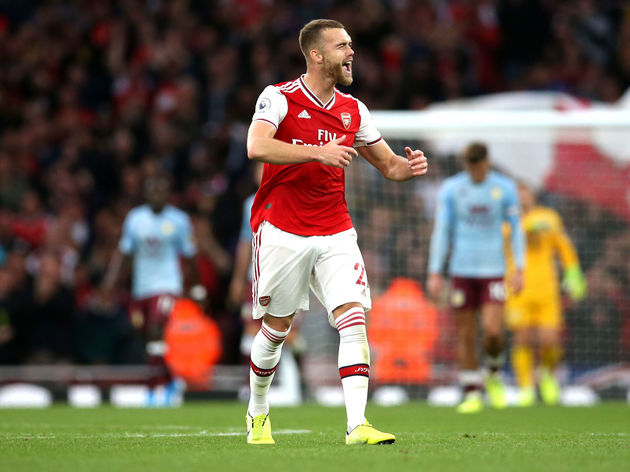 “It is my first goal for a while and it is always nice to get one. I felt like I needed to do something after their second goal and to get a goal myself was quite nice.

“[Villa’s second goal] came from me, my touch was poor. It sort of started from me, so I felt like I had to get my head right and bring something back, bring the team back into it. Luckily, I did that.”